Chelsea boss Antonio Conte is now in transfer market and searching for a player for adding in his team’s defense. Now, he has found someone named Stephan Lichtsteiner, who is a Switzerland international player and under contracted with the Old Lady though his contract year is about to an end which will last till next year. Which means he has just this summer left with the Killer Lady and next either he will extend his contract of will have to leave the camp. So, it seems, he would be a perfect choice of Conte and probably be an easy option to buy but unfortunately coming at the end of the transfer window, he has got company which are seems to be the opponents. The Blues opponents are their league mate Manchester City and German giant Borussia Dortmund. They are also linked to the Swiss defender. 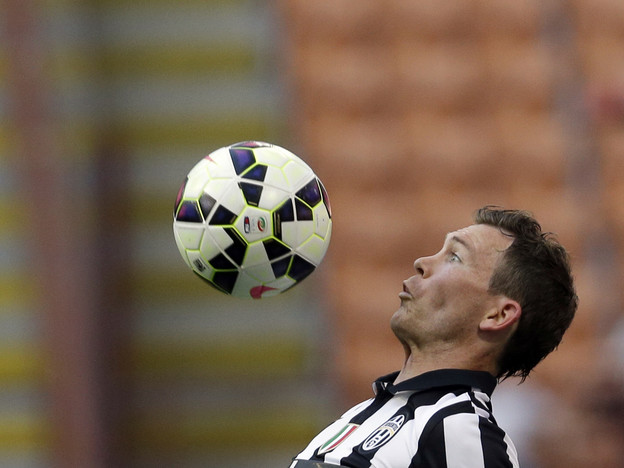 On the other hand, another news portal says that, Dortmund are too close to sign this 32 years old defender where they have already placed an official offer to the Italian giant but the fee is undisclosed. So, they seem determined to sign this player instead of Chelsea.

However, this Swiss player also wants to leave the Bianconeri due to being unwanted this summer where he was on the side bench in their first game against Fiorentina this new Serie A 2016/17 tournament. Also, the Bianconeri have bought Dani Alves from Barcelona this summer and so, Lichtsteiner’s place in the regular squad is getting limited.

Despite being Dani Alves in their current squad, the Old Lady is continue to look for another midfielder Juan Cuadrado from Chelsea. They are continuously giving pressure to Chelsea to sell this Colombian. So, the Swiss star has realised that he has no future with the Killer Lady any more and it is better to leave now while he has still good opportunity. Besides, without the Blues and the BVB, another English giant Manchester City also willing to buy him but they do not give any official proposal to the club till now. So, analyzing all possibilities, the Swiss defender is in doubt about his next move.

32 years old Switzerland international is playing for the national team since 2006 and till now, made almost 82 appearances and got 11 international goals so far. He started his journey with French club Lille in 2005 and next to move to the Italian tier Lazio in 2008 by showing amazing performances in Euro 2008. He made 100 appearances with Lazio and scored thrice times. In 27th June, 2011, Italian top club Juve revealed that they bought this former Lille player in exchange for €10 million. He already made the highest appearances with the Old Lady which almost 148 by spending five consecutive season. With the Juve, he netted five times also.