Pep Guardiola, the Manchester City manager was full of praise of Spanish play maker David Silva when he faced the media and was asked by the midfielder. Guardiola indicates that the 31 year old is such a vital player for his side and also insists that he can improve a lot better in his upcoming years for the Citizens. The former Valencia attacking midfielder was given such a great compliment as he has been compared with Barca legends Xavi and Iniesta by his current club manager who also trained the legendary duo at the Camp Nou during his time as the Catalans’ manager.

The Spain international joined the Citizens from Liga BBVA side Valencia for £26 million in 2010 and he reaches his 300th match for the Etihad Stadium based club when he appeared for them against Hull City in a EPL clash on the Saturday afternoon, in his 7th season for the club. The 46 years old congratulated his disciple for clocking the landmark and labels the achievement as a very big one as he thinks it is not an easy task at all. 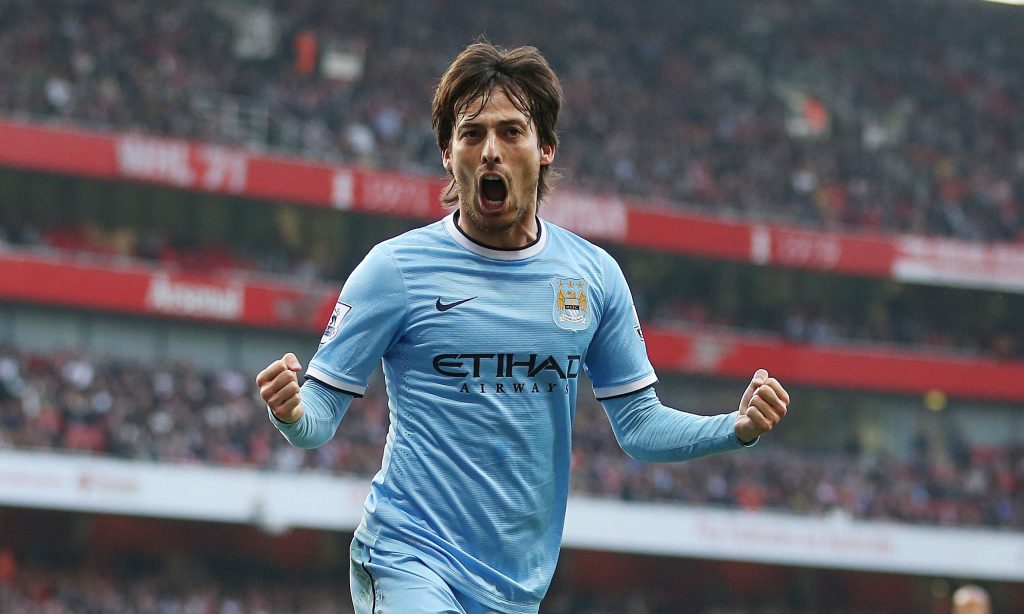 The Santpedor born manager thinks that he is very lucky as he worked with the likes of Xavi, Iniesta and now David Silva which he can never forget and is such an honour and privilege for him. He adds that David impresses him a lot each and everyday and thinks that the player has been a superb success and can improve a lot and also believes that his best time is yet to come for the Manchester based club. The former Barca trainer hopes that Silva will play a lot of game for City and will do more and more better. But the sincere man also urges that whatever the midfield warrior has done is not enough and they can really make him way better and can get the best output from him.

The Gran Canaria born footballer has just scored 49 goals for the Sky Blues in his 7 seasons for the team and Pep is certainly not happy with that number as he thinks he could score a lot and really has that ability to do in near future. The former Roma defensive midfielder also thinks that it really doesn’t matter how many personal prizes the 31 years old has won but it matters that what is team mates and managers think about him and the importance of him on the field is what he always appreciates.