English Premier League, arguably the most popular football league in the world is also the most watched league in the planet. The 2016-17 campaign will come to an end on the Sunday. Although the Champion and Runners up have been decided but who will be the other two teams to play in the UCL next season, has not been decided yet. The mystery will be solved on the very last day and it is the reason why EPL is the most talked club football tournament. 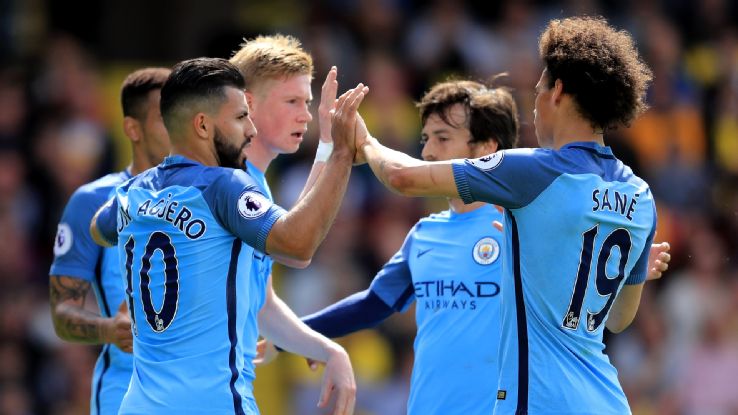 Chelsea has grabbed their 5th EPL title and The Spurs have finished second. Manchester United the UEFA Europa League finalists will finish sixth. Their entry in the UEL next season has been confirmed but the Red Devils can make it to the UCL, if they beat Ajax at Stockholm on the 24th May. But the main battle to watch out on Sunday is the three different clash participated by Man City, Liverpool and Arsenal. The 3 English giants are currently sitting at the 3rd, 4th and 5th position respectively and all of them are trying to finish in the top 4 to secure a place in the UCL. But only 2 out the 3 big fishes will be able to get their places booked.

Manchester City : It has been a disappointing season for Pep Guardiola’s side as they have failed to win any trophy. They have grabbed 75 points from their 37 matches and will visit the Vicarage Road to take on Watford. One point should be enough for the Citizens. They are the most likely side to finish in the 3rd position. A narrow margin defeat wouldn’t harm them a lot if the Gunners fail to get a big victory over Everton.

Liverpool : The All Reds have bagged 73 points from the same number of matches as City and will host Middlesbrough at the Anfield on Sunday. A victory will see Jugen Klopp’s side in the next campaign of the UCL. So they are completely controlling their own fate.

Arsenal : Arsene Wenger’s team will have to win for sure against the Marseyside Blues at the Emirates Stadium. They are in the 5th position with 72 points and their fingers will be crossed as they will be hoping for a bad result of Liverpool. The Gunners are the most unlikely side at the moment to make it to the UCL. A victory wouldn’t be enough for them if the Citizens get a point from the Watford game and the Reds get a victory over ‘Boro. But it’s confirmed that at least they will play in the UEFA Europa League next season.