Manchester City are planning for the future as well as Summer and winter widows. Their next target is Bayern Munich defender Juan Bernat. According to reports they wanted to swoop the Spanish man for £20 million bid.

Actually Pep Guardiola wanted to include a numbers of full-backs in his side. And for that he has been making plans to set up the defender. At present he thinking about the future.  For making the plan true the former barca boss keen to set the best players in their side.

Bernat has started his career with Valencia in 2014 he joined Bayern Munich by signing five years contract deal for an undisclosed fee. He perform for the side as left back and often seen to play as a midfielder. His perfor and tight defense really impressive. The impressive performance force the Guardiola to offer him for next transfer windows. 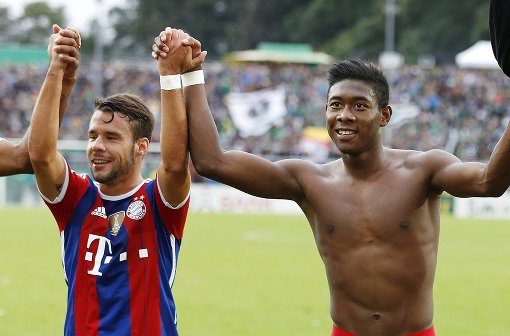 The Guardiola also set target for Juan’s teammate David Alaba. By the state of the reports City has made an official meeting for him and offered a £40 million fee for the Austrian defensive midfielder. They are very keen to purchase him in January.

But David is not agreed to move anywhere. He wanted to stay at the side as he happy with the team. He told at present not thinking about the move.

Munich  Chief Executive Officer Karl-Heinz Rummenigge also disagreed for the move. He completely denied for the transfer. He told that he would not release the Austrian at this time and never let him go anywhere.

He also added that the rumours which are spread out on the air is not right. Because Alaba has recently extended his contract with them and according to the contract he would link with the side till 2021.

The 24 years old joined the side in 2009. He was sanctioned on loan to  TSG 1899 Hoffenheim. It was season long loan and he backed the side in 2012. After that he had been not sent anywhere. He is a very talented player. His tough defence and midfield position really impressive. Now the players leading a very top level. So Rummenigge has not wanted to sell him by any means.

But about Bernat nothing could be say. Because it has not come any confirmation about the deal. If  the thing goes to the plan the transfer could be possible in the next transfer windows. Let’s see what happened. To get update linked with us.