Manchester City has come victorious in their UEFA Champions League Round of 16 first leg clash against AS Monaco. They proved to be the better side after a dramatic 8 goals’ game. The game was expected to be a cracker and it didn’t disappoint. The game has been labelled as “One for the History books” and why shouldn’t it be as you can rarely get this kind of matches to watch.

The Citizens hosted Les Monegasques at the Etihad Stadium, Manchester on the Tuesday night. It was an interesting game to watch for the spectators and it was that sort of game that people can never forget any time soon. There was no shortage of entertainment for the present spectators and also for the ones who had put their eyes on the TV screen. Goal is considered the life of a football match and this epic clash had no shortage of goals as no less than 8 goals were scored by the two participating sides. 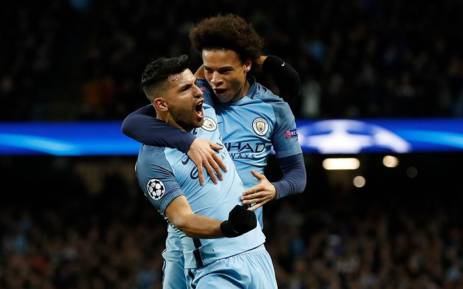 Young English winger Raheem Sterling opened the scoring and gave the hosts lead with just 26 minutes having passed in the ref’s clock and the assist was provided by Leroy sane. It was the 9th goal of the season for the 22 years old England international. Colombian sensation of Monaco, Radamel Falcao levelled the line 6 minutes later. 18 years old French midfielder Kylian Mbappe, who has been considered as a very big asset gave the visitors a goal’s lead with just 5 minutes left on the first half. The teenager has got his 13th goal already this season. The first half finished with the 2-1 advantage for the visitors.

John Stones the young Centre-Half scored his second goal in a City shirt to make the card 4-3 in the favour of Guardiola’s team on 77th minute. German attacker Leroy Sane struck the final needle in the Monaco’s coffin on the 82nd minute to finish the game with a 5-3 victory for his club. The two teams will now face each other once again in the 2nd leg and this time Monaco will host their counter parts.