Barcelona star Lionel Messi will be threat for the Man City in Wednesday’s Clash. The Argentina team mate Sergio Aguero worried for that. He mentioned that it will be very tough to handle the Alien striker for them. He also believes that it will be also hard for the City coach Pep Guardiola to plan for Messi.

On Wednesday, Barcelona will face Manchester City in the Champions League group stage. The English club coach had already spent four years with the Spanish giant and their star Messi. At that time, he has seen from Messi from the near and knows the power of the five-time Player of the Year. Aguero’s just not getting anything but comfort. He is tensed for the striker because he often plays with him. So he know all about him, how he could aggressive time of playing. 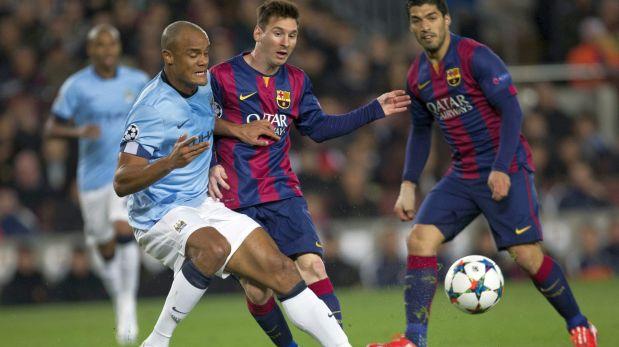 Aguero told that it would be something special to play against Messi. Because they are in the same country, and also friends. He mentioned that that’s he did not want to draw against Nou Camp but  it sometimes luck plays a role, but there is nothing  can do.

He told from experience, it would be difficult to stop him. Now they can only prayed that, one day he would play dull and their defense able to stop his attack. It’s just hope not real because Leo is world’s best.

After recovering from the groin injury the forward returned the field against Deportivo La Coruna on Saturday, where they crushed the opposition in 4-0 score. It will be the second match after his back.

On the other hand City star Nolito is not worried about Barcelona at all. He believes that Barca is not unbeatable so far. Because all teams are beatable and he knows the secret of beating Barcelona in Wednesday’s clash.

Nolito mentioned that personally he didn’t fear anyone, so if he got the chance to play he would try to help the team get three points.

The Spanish man claimed that the Catalan are very powerful, but they need to go out and do their job the best as they can. The 30 years old added that it’s need to respect every team but never have fear of any rival. He believes it have to think any team is beatable and that includes Barcelona.

Nolito suggested for the club boys that they need to run more, they need to have more of the ball, score more goals than them. Of course they are one of the best teams in the world so they also needed to compete.