The English Giant club Manchester United are still hopeful to pick off Atletico Madrid striker Antoine Griezmann. The bid for the striker raised to £83 million as the past value was 65 million euro So far.

The Frenchman recently refused £65 million offer and signing a new five year contract with the Atletico, which keep him under the contract till 2021.

El Confidencial newspaper of Spain reported that it became a trick to raise the transfer fee of the Madrid Star. Actually it also the pre plan of the club, how to be pocket more endorsement from the striker move. 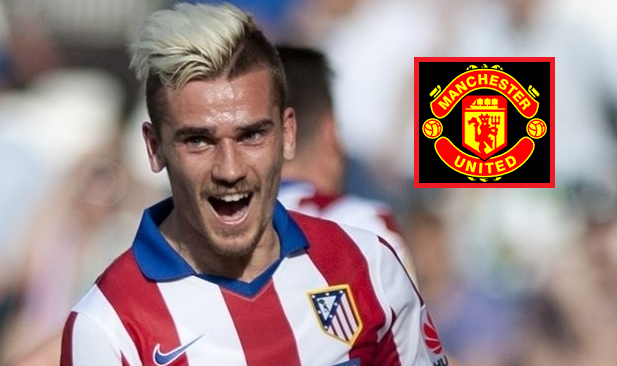 The France giant made the move from  Real Sociedad to Atletico Madrid in 2014 for £30 million release clause. It was the six year long term contract. In 2016 the forward has been offered from many reputed football club as well as Paris Saint Germain, Chelsea, Juventus along with the Red Devils side.

The 25 years old is very passionate soccer in the football industry and the United new boss Mourinho a huge volume of fan of this Franceman. Though the transfer conversation started during the Luis Van der time but after signing as the new coach Mourinho again offered the striker. Even after his singing at his parent club, Mourinho still dreaming to haunt him to their side.

Antoine Griezmann is an outstanding French footballer, who always give his best on field. Last season he made 58 appearances for the Madrid and able to approach 33 goal for the club. His rhythm of the game really fantastic. When he plays with the ball none but can spasm it from him. He has a special quality, when he played any match his focus always keep on that place and at present his full focus on Euro 2016 with his national team France.

It is learnt by the Griezmann agent that the giant shooter completed the sign on last weekend but Chelsea, PSG and Man Utd yet not give up their hope to cast the prolific striker. They think not Atletico Madrid only Chelsea, PSG or Man Utd become the perfect place for the French giant.

In summer transfer, boss Mourinho pitch the most player buying offer to different club. None other club made so many offer for the season. That refers he wanted to clinch up Luis Van’s line up to make a total different formation of the club.

The race is still running to pull up the forward in their own side. Let’s see what happen at last. To get update linked with us.