Man United Captain Wayne Rooney has kicked out from Sunday Cash. The game scheduled confirmed at 4 pm at Stamford Bridge. But according to reports the forward will not take part in the clash for his Muscular injury.

The 30 years old got hitted at the time of training. After that doctor confirmed him as injured. The club boss Jose Mourinho dropped him for todays match. So that the captain has not visited London as he kicked out from the team.

The former PSG star Zlatan Ibrahimovic will perform at his place. As all know the ability of the most experience striker. So now the Red Devil going to play without their captain.

Rooney has been staying on the bench since last three matches. He  only performed against  Fenerbahce in Europa League and the result went out 4-1 win. It was really a very entertaining match of Thursday. The win backed his confidence once again. 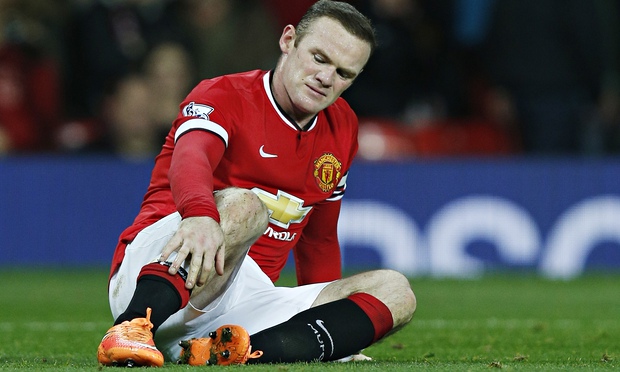 The captain trying to overcome the situation but the doctors mentioned that he getting well but not full complete for any game. Possibly he can join the next clash. His injury open the door for former PSG forward. Mourinho confirmed his name on the starting line up against Chelsea.

By the state of the reports Marcus Rashford who has been waiting on the bench since some time, has been recalled to join against Chelsea. Mourinho very serious about the match. So he chose the greater performer for the match.

The present condition of the side is not so well and Mourinho is under pressure for his team’s dull performance. At present they existed in the seventh position with 14 points.

On the other hand Chelsea holding the sixth place with 16 points. Chelsea seemed very confident for the match. They expecting much from the match. United performance not so good in this season. They spent a big amount of money this season to purchase player. But the output not so well of the team.

Where Arsenal and Liverpool leading the point table with 20 points, there United holding only 14 points. Mourinho’s dream to reach on the high platform going to be ruin. If they wanted to growing up, they need to win their upcoming schedule. Linked with us to get more news.