Manchester united reportedly announce their 20 man squad against Manchester city. The Manchester derby has been scheduled locked BST 12.30. The Red Devils are ready with their force to face the City at home.

The boss Mourinho finalized the 20 man squad for the event. He told that he had so many brilliant players. He was very happy for his strong squad. But when he reached to the dressing room after the match he was very disappointing to see all the guys wearing the nice Paul Smith suit. Nobody wanted to keep on bench. It’s so tough to choose best XI among of them. This thing really made him disappointing at all.

He felt guilty when he look them at bench. They all are deserve on best XI. The players like Memphis, Carrick and Jones not made for bench. It’s also similar their career lost. He told he just waiting for the September. They have to play many major tournament like Capital One Cup, Europa League. And then the all are set their place and there will be nobody to bench for wasting career. 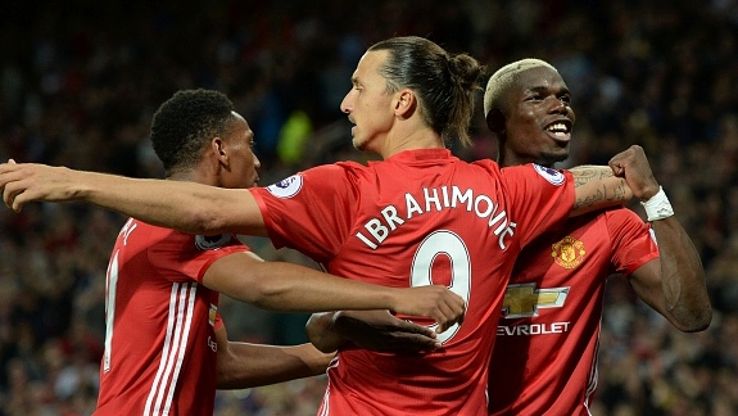 David De Gea has set for goalkeeper post. The 25 years Spanish man is perfect for the job. He is very talented guy at all. This time he going to be rocked.

In front it will be set former PSG striker Zlatan Ibrahimovic, Captain Wayne Rooney and English striker  Marcus Rashford. They all are excellent and world class football result.

Antonio Valencia, Sergio Romero, Marcos Rojo also joined the side in morning after the international duty. Today they backed the side and joined the training camp. They told there has no matter of worry and they are ready to hold City today’s match.

The world record breaking signing of the season Paul Pogba also included in the team. They all are taking preparation for the derby clash.

Micki is not fit to play 90 minutes today but he promised to help the team as he can. Mkhitaryan also included in the side. They all are planning to make a big win. Here we give the 20 man squad for the match in below.

This is the 20 man who going to participate in derby clash. The Manchester derby is always a very popular games. So guys enjoy the match and get update to stay with us.