Scottish teenager Oliver Burke who is officially known as Oliver Jasen Burke has now become the headline due to be on the radar of both German giant Bayern Munich and English side Manchester United. Though, the Bavarians were keen to this winger first and also they have tabled a bid of £10 million for this youngster.

This player is now only 19 years old and already made two international appearances for Scotland national team. He is currently under contract with Nottingham Forest whereas he has arrived there in 19th September, 2014 and made his official debut against Tottenham Hotspur in 24th September, 2014. He made 25 appearances with Tricky Trees and netted six times so far. He also spent a loan period with Bradford City where he started that session in 24th February, 2015. 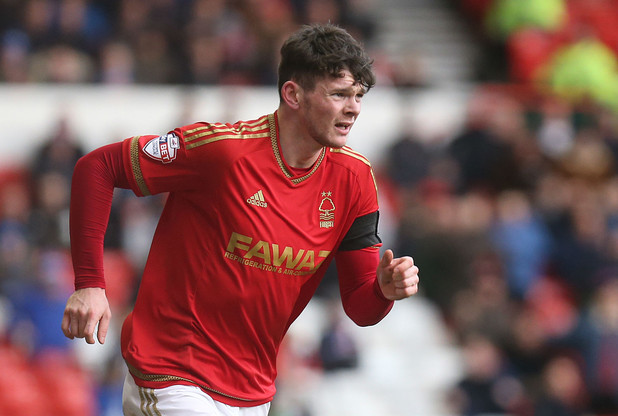 Due to his amazing performances everywhere, he is getting focused and many clubs from differents league are interested to pick him. In this circumstances, the Bavarians are ahead of all. They are trying to recruit him before wednesday’s deadline. Bayern Munich has also previous experiences to collect player from infamous club like they bought 18th years old Dale Jennings in 2011 from Tranmere. Now, they are looking for another. The boss of Bayern Munich Carlo Ancelotti thinks that it would be beneficial to buy this teenager but Tricky Trees wants him to stay at the City Ground this summer and in next season, they would probably sell him with best price.

On the other side, at the same time, the Red Devils are keen to this player and they are planning to offer a better option to the City Ground. Jose Mourinho wants to buy him but also let him with the Nottingham Forest for next season on loan.

However, the Red Devils has almost compare this wonder boy with the Real’s Gareth Bale and wants him to shine their club. Spanish giant barcelona also keen to thus player and has almost sent a scout on him. The player is capable to play in different position at the same time. Besides, at the early summer, another English side, West Brom staged a bid which approximately £6 million but the move was rejected. The Gunner are also keeping an eye of his next movement.

Besides, this teenager’s family wants him to remain with the Tricky Trees for this summer and also there he would develop his career. But also the offer from the Red Devils are also thoughtful where they want to give him loan to the City Ground. The boss of the United Mourinho still wants to work with the boy who would probably be the best youngster in the Scotland nowadays.