Man United boss Jose Mourinho again made a potential moving deal for Valencia midfielder Fran Villalba. According to the reports the Spanish man became the Winter target of the Premier League giant. This time their target is Valencia youngster.

Fran’s agent reported that the Red Devils are contacted them for the January move. As the Summer windows has closed now they eyeing the next window which open in January.

His agent, Vicente Fores, told Sport Witness that United have registered their interest with him, although negotiations are at an early stage.

The agent added it was just a contact to know his situation and asked whether they are likely to make a bid soon. It’s not a confirm deal they had just met and talking with United. 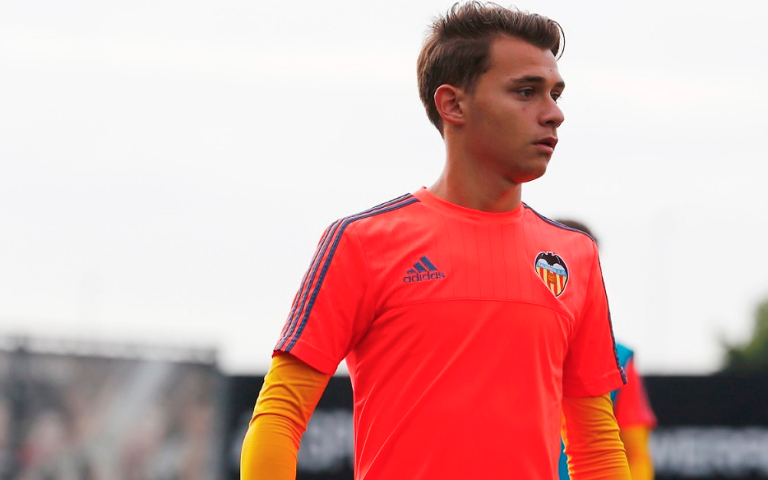 According to Super Deporte, the Valencia-related outlets reported on Thursday that The Old Trafford are the only suitors in Premier League side who have made any transfer deal via direct contact.

By the state of the reports Valencia had arranged a meeting as they want Villalba to sign a new contract in January. He is already under the contract with The Bats which  will expire in 2018. But the United planning to bag him next window. Report said that Mourinho’s team has already made bid for him and according to report the release clause of the Spanish man fixed of €4 million.

Los Murcielagos yet not said anything about the deal. They are still silence. The sources told that they did not know about Valencia, but they reckon they would make that tough.

The Super Deporte reported that an extension contract has been signed with the midfielder when Neville had been dismissed by the Valencia coach in March. Now it is very tough to predict anything about the deal. Could be the Los Murcielagos boss agree or he would denied to sell him.

The 18 years has made his debut in La Liga side in last December. He made four appearances for the side during Gary Neville’s time. At present he is playing in B team. He is very talented footballer. At a young age he did much. Mourinho thinks the future of the France man is very bright. And Old Trafford become the perfect place for him to improve his form. Now the matter totally depends on Valencia boss.

So guys let’s see what happen and enjoy the season with full excitement. To get update keep eyes in our side.