Manchester United boss Interested to lure of £60 million fee to Italian centre back Leonardo Bonucci. United boss Mourinho wanted to make a strong defense and that’s why he is desperate to sign the top flight Juve defender.

First the deal offer was given of £50 million and after a time being the clause is added more £10 million and the total bid for the move recognized £60 million which is refer as big amount.

The defender was linked with multiple club as well as Inter Milan, Treviso, Pisa, Bari and Juventus. He joined the Juve side in 2010 for four years and the deal was taken place of €15.5 million. 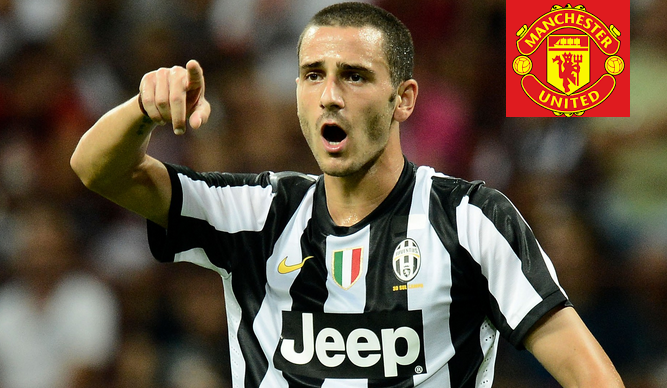 The defender had played over Two hundred matches in different side. He is a great footballer at all. His appearances is damn good and refer as a great wall for opposition. The defender is also the team mate of Paul Pogba whose world record break fee is the major topic in recent days.

Mourinho seemed too worry to size the back line ahead of the 16/17 campaign. Despite of world class footballer in side they had been defeated by Borussia Dortmund and that thing make the boss more anxious. Now the coach wanted to save goal because he realized that without making tough defense it is impossible to move on.

Matteo Darmian who played for Napoli is the target of right back and according to source he was included in Red Devils squad few days ago. He is a great defensive right back and consisted the high ability to stop the goal.

On the other side Mourinho wanted to cast Brazilian left back Fabinho. He hoped if the back line has been decorated as he wanted it would be very tough to cross the line.

According to report Chelsea is also interested to pocket the Italian defender in Summer windows. Man City is also desperate to grab the centre back in their side.

The Juve man confirmed that he would go Manchester side but United or City  that yet not mentioned. Juventus is also declared his release clause ahead of the season. The Zebras manager Massimiliano Allegri disclosed that Bonucci can go wherever he wanted to move.

The Red Devils consuming the most expenses in this summer. They already casted Zlatan Ibrahimovic, Eric Baily and also some other footballer from different side.

Actually the former Chelsea boss Jose Mourinho wanted to rebuild the squad and that’s why he has clashed against other side to borrow the best one.