Manchester United set a huge money offer for Real Madrid captain Sergio Ramos. According to report Mourinho is ready to pay of £42 million bid for the defender.

Actually the three lose in a row for the made Mourinho very disappointed. He is slowly going under the flat. The Portuguese man joined the side with a vast dream and he is seen to go under depression. Now his team estimated 7th position in the premier league point table.

United keen to bag the defender in Summer transfer window but Ramos signed a five years contract with his parent club. Now the Red Devils trying to buy him in winter. Despite of spending £150 million Mourinho Still trying to cast some versatile players for the side. And the strait loss of last three match forced him to take the decision. He wanted to set best version for the side and for that he agree to do everything. 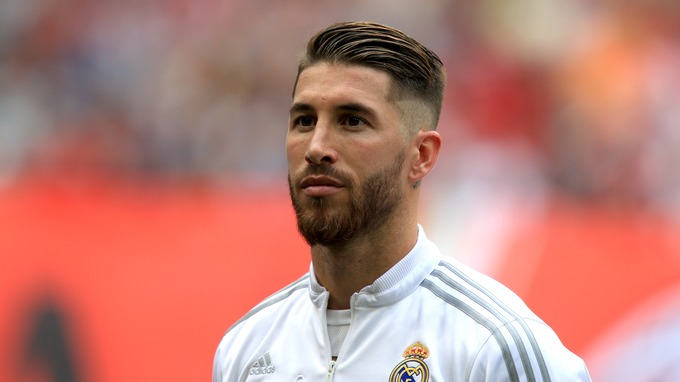 Mourinho had already worked with Sergio when he was the Manager of Los Blancos. During his managing period he spent a great time with Ramos. He is one of the hard working footballer of Real Madrid. So the coach wanted to appoint him this winter.

To make the defense tight Mourinho wanted to make the deal. This season he brought Eric Bailly, the excellent performer. Despite of having the football legend  in the side it seemed much gap. As we notice in Watford match, they need really a strong defender.

Ramos is the perfect choice for the post. It need not to explain his ability. All are recognized about his versatility. United hope to whip the the defender in Winter. They believe that only the Spanish man can improve their present condition.

Los Blancos has already tied up him for next five years. They are not said about the deal of their captain. They are not confirmed anything about the deal. On the other hand the Zidane’s team has been banned to completed any kind of move. So it will be difficult to cast the defender in the premier league side.

With that fact the matter going to be very difficult. The Red Devils consisting the world best players in their side. But Mourinho trying to solve the problem smoothly. Now they have to be patience and play the game with Sincerity. Without stress they need to face the situation. If they take the matter simply and play with determination everything will be gone their favor.