Not Swansea City nor Sevilla the new destination of Liverpool midfielder, Joe Allen set at Manchester United. The new coach Jose Mourinho recently set the target for mind blowing Liverpool star. According to South Wales Evening Post report the Red Devils side are wanted to pack the 26 years wales professional in their side, which is totally surprising.

The midfielder moved Swansea to Liverpool in 2012 and after releasing from the contract this summer he has been called up from his former club, Liberty Stadium. The clause set for £10 million but the bid for the Liverpool star, raised up £14 million. 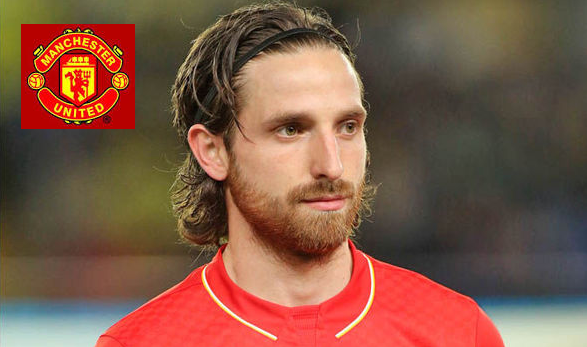 The team manager Francesco Guidolin’s very keen to take back Joe on the side. But all of sudden Old Trafford club proposed to hire the welsh midfielder on their side. The united boss Mourinho agreed to pay £20 million the transfer compensation for the fabulous attacker.

Allen becomes a tactical, hard-working and tenacious soccer who plays his game with discipline and instruction of team head. He is not the kind of player who played in midfield his attack on opposition defence and assist goals on field save the team in many times. He became the part of Wales in this season Euro champion semi final and support the team to reach the honorable stage. Joe considering a versatile footballer who consist the quick feet ability and also a good runner. His ball controlling style is also too awesome.

For this outstanding performances he is wanted by all.  Joe have also some god gifted qualities which help him to compose the midfield role confidently. He is often seemed to play various role on field and this the versatile power of this young man.

To watch his performance on Euro 2016, Mourinho desperate to add him in United side. The clause yet not confirmed and Allen also has not made any confirmation for the transfer clause.

The most interesting news is that due to some personal restriction, there are no direct move from Liverpool to Man Utd since 1938 reign of Allenby Chilton and if the deal has been come about this season, it will be happen in last 78 years history. But according to report there has the little chance to complete the transfer. It is also learnt to the source The MUFC is very close to sign Juventus midfielder Paul Pogba. So, guys let’s wait and watch what will be happened in the next. To get the more interesting news linked with us.