Manchester United plots of £79 million lucrative offer for PSG Italian star Marco Verratti. The new coach Jose Mourinho lining up the giant transfer offer for set up the playing formation in a new way. The Italian outlet Corriere dello Sport, published that After Zlatan Mourinho eyeing to move Verratti in their side. He hope the Pair of Zlatan and Marco will rock and roll the season.

The 23-year-old has moved to PSG from Pescara of a £9.5 million deal in 2012. The deal was confirmed for 8 years contract till 2020 and he has enjoyed the trophy-laden four seasons in France. But unfortunately his injury kept him away from the campaign of last season. This the time of his back on the side but all of sudden called up from United side make the twist to join of the midfielder. 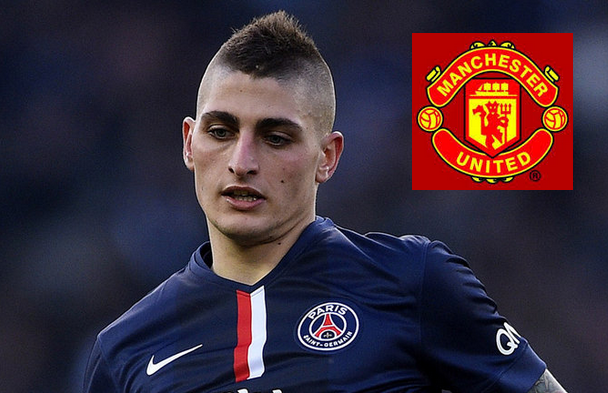 But the fact is that PSG yet not respond of Mourinho’s offer. It is learnt to the source that the coach of the club seemed quite stress for the rumor and they are not interested for the deal at all. He said they would do all possible things what can keep hold of Verratti in their side. And they are not release him at the time.

Verratti is a very creative, fast, agile, and technically talented midfielder. The play-maker has consisted notable dribbling skills along with mind blowing ball controlling ability. The confident level of the midfielder always retain in high level and nothing can move his determination and confidence even under the pressure. This quality always kept him ahead of the others. His position, ball crossing style and tight space really worthy of eulogy. There hardly found the people who dislike to watch his game.

Not only for fans he is also favorite to his teammates for his excellent vision and extent of passing ball which help the others to take the long passes. It is crucial for the opposition to snatch the ball from Marco. He is often compared with Italian legend Andrea Pirlo for his attributes of gaming style.

It is Verratti who quickly developed his career as one of the best play-making midfielders in the world. Besides of his outstanding skills, he is also a dynamic, good runner and most important hard-working so far.  His defensive quality saved the club many times.

It is the main reason why PSG would not want to release the midfielder. This the also reason why he became the target of Mourinho. Verratti yet not sound about it.