Man City has made a great start to their FA Cup campaign. The Citizens completely thrashed West Ham United as the FA Cup 3rd round kicked off on the Friday night. On a cold Friday night the two premier league side squared off in an important battle at the London Olympic Stadium.

Fans might have expected some good and attractive football displays and competitions as both the teams are from the highest tier of the English football but the home fans might not even imagine that the scoreline would be such horrible for them. The scoreline looked absolute shocker and even the visiting fans would not expect such easy and comprehensive victory away from home. 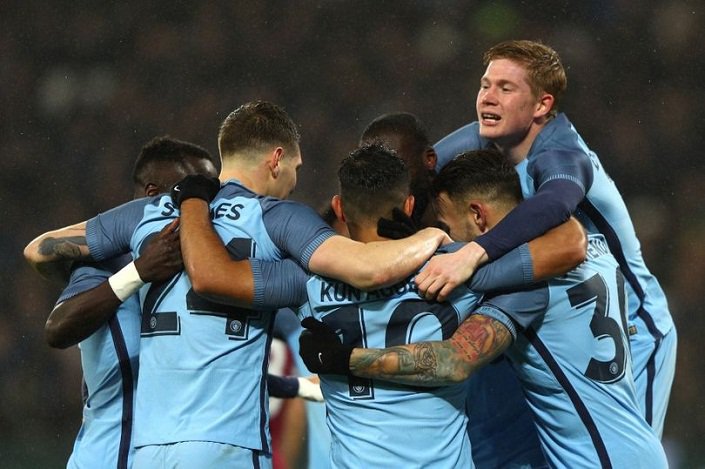 Pep Guardiola’s boys secured a place in the next round with a very big victory of 5-0. Referee Michael Oliver whistled for a spot kick and Cote d’Ivoire international Yaya Toure converted it successfully to the opening goal of the game on the 33rd minute to give the visitors the lead. The last 5 minutes of the first half was something to forget for Slaven Bilic’s side. Norway midfielder Havard Nordtveit who just joined the Hammers from the Bundesliga side Borussia Monchengladbach this season scored an own goal on the 41st minute and his team conceded the 2nd goal. With less than 3 minutes remaining in the first half, Spaniard play maker David Silva scored the 3rd goal of the game on the 43rd minute. The assist was provided by the England international Raheem Sterling. The first half-finished with the 3-0 advantage for the visitors.

The second half didn’t change the fortune of the hosts as they concede an early 2nd half goal as City’s Argentine superstar Sergio Aguero scored the 4th goal for his team on the 50th minute. On the 84th minute, 22 years old English defender John Stones struck the final nail to the Hammers’ coffin as he scored the 5th goal of the game. Spaniard forward Nolito provided the assist on this occasion. City’s record signing defender Stones got his first competitive goal in a City shirt.

West Ham now lost 3 competitive games in a row. They also lost their first game of the 2017 against Manchester United and the last game of the 2016 against Leicester in the premier league, before this FA Cup exit. City confirmed their place in the next round of the FA Cup. Their city rival and defending champions Manchester United will take the field in a lunch time clash against Reading on Saturday at the Old Trafford.