Manchester United very hard by signing the Real Madrid winger Gareth Bale in summer transfer window. The new coach Mourinho became desperate to reset the entire line up once again. His target is to select the classy soccer in side and create a new formation of game.

According to the report recently Mourinho highly refused by Barcelona to purchase the Brazilian star Neymar. After refusing by the Barca now Mourinho set his target for Real attacking midfielder for the upcoming season. 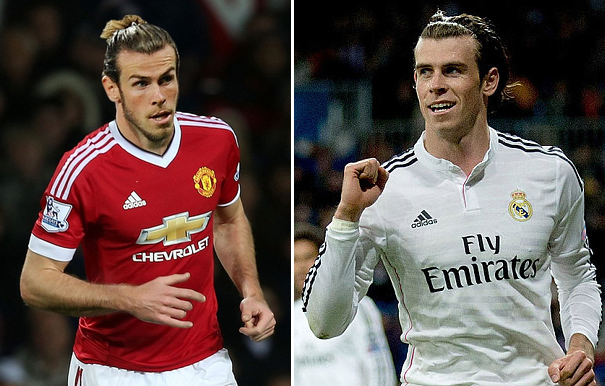 The United’s executive vice-chairman, Ed Woodward is also hopeful for the deal. He agreed to Mourinho and mentioned that the deal would be possible and if it happen in summer the Man Utd side will find a new direction to warm the upcoming season. They believed that the Welshman has the ability of changing game and such a hard worker like him can anything for the team.

According to the source the Red Devils are set of £90 million bid for the Welshman’s in summer window. It is such a massive offer for any soccer like Gareth. The Real winger became the second most paying footballer of Real Madrid behind of Cristiano Ronaldo.

On the other hand the football club Real Madrid yet not shown their interest to sell the fabulous player. They loudly proclaimed that Bale is not for sale and they had not made any announcement about of selling Bale. So it is still doubtful where the Bale will play in the premier League.

Bale was jumped the Real side from Tottenham Hotspur in 2013. The Whites were made a deal of £77 million for Waleshman. Bale always plays a vital role for the Real Madrid. His contribution of the side has been proved profitable in ever. He also showed his ability in 2015–16 UEFA Champions  final, which was held against Atletico Madrid.  The Spanish club got a big win for great a penalty shoot. Though his actual playing position on centerfield, he is seemed to play often in forward. His artistic playing style really fantastic and it became the eye catching part of any competition.

This is the probable reason why the United so desperate to purchase him. But Bale has not showed any interest to move on Man Utd side. The winger is expecting to start the new season with his forbear club. According to the the report he is happy with his parent club and at present he has not wanted to adieu the club.