Manchester United have offered of  £25 million with  £5 million additional bonus for Villarreal defender Eric Bailly. So the total value for Bailly is expected around of £30 million. Manchester united new ambush is Ivorian center back and the weekend target likely confirm in very soon.

Bailly joined in Villarreal in 2015 by signing a five year contract deal with the fee of €5.7 million. He was joined as the replacement of Gabriel Paulista, who currently plays for Arsenal. His performance was too good with club and his ball making talent really graceful. United head coach Mourinho pondered that the Ivorian Midfielder consisted the potential quality which boost him to suit in their side easily. 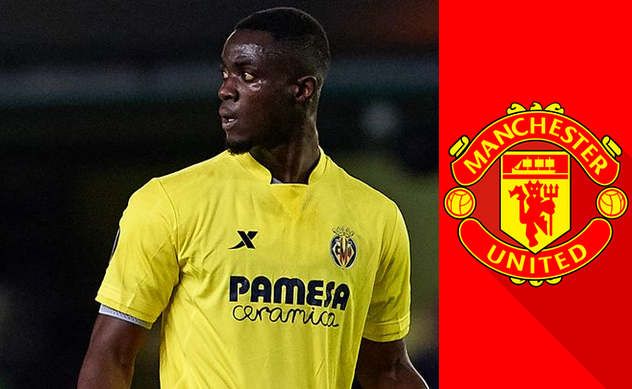 Bailly undoubtedly consisted the physical attributes which widely seemed on the field of Premier League. His special affluence of quick moving and strong body language such a like super hero. His heroic performance is more needed in one-on-one position. Despite of a young defender his quality to handle situation is like to be a experience footballer. For his fabulous playing system he able to grab the eye catching part in worldwide.

It is learnt to the source the Villarreal club has not sent any refusing sound. Even he termed that they have not any objection to the transformation. They also claimed that if belly is interested to the offer he has the full freedom to leave the club and join to Manchester side. They also mentioned they are ready to confirm the deal or made any agreement so far.

Belly yet not share his personal opinion in media or any social network but it is expected the deal soon confirmed by the both club. However, in summer transfer windows placed as the hot news to move belly in United side. There are some expert have been seen to comment something about the rumor.

The former Red Devils forward Terry Gibson gave a statement about the transfer windows. He emmised that the total matter seemed very interesting and he knew the actual reason of the move. He mentioned that the quality of Belly has nothing to hide to all and his skilled on center back really flawless. The former also advised to the defender and termed he need to improve his skill ahead of the season. Gibson think Belley needs some time and a well coach and if he could able to do this nothing could stop him on the way. So, let’s wait and watch to what happen ahead of the premier league. To get update keep eyeing in our site.