Hirving Lozano became the next target of Josh Mourinho who emerged as the new coach of Manchester United. The Mexican  winger is still in dark about his move on Man Utd side.  At present Lozano plays for Pachuca and not interested to leave the club so far. The rumor which spread out for the Lozano’s move to United side, offered by the new coach Mourinho. After joining the side he desperate to sign the star players from different side. This time his target set for the 20 years Mexican who is busy in Copa America celebration season. 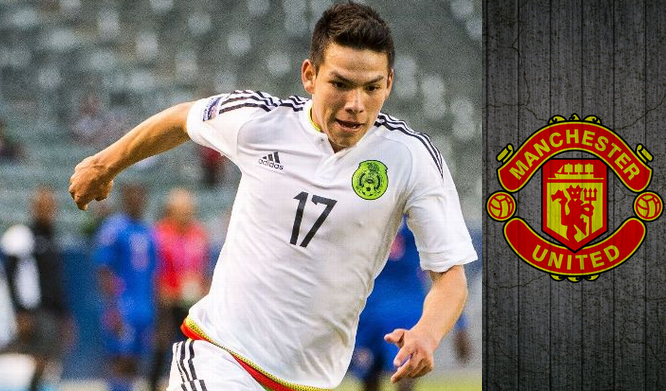 Andres Fassi who is well-known as the Pachuca vice-president confirmed that the weekend approach of United. Fassi made a statement in ESPN prior of the Liga MX draft, where he told that there have options to their hand. He said they wanted him to keep in the side because he is the rising star but things are not so easy as they seemed. He also added that they gave the forward time to warm up in Copa America and also the Rio Olympic which knocking at the door.

When it was asked the young winger he replied he should remain calm and did not want to say anything. He just mentioned that he did know about the transfer windows which rumor spread out on the air and at present his concentrate only the national team. He exclaimed that after finishing the Copa America Centenario he would think about that and his main focus is now only the CA.

Actually Lozano hiding the truth and could not say the real story about his next destination. He just told he did not know where he would play in the next season and what would happen in the next. His recent attempt is to contribute himself in the national side and gave his best on the CA tournament.

Lozano is young talent in recent period. The Pachuca forward made 12 goals in 47 approaches in last season. His speed and ability to go fast with ball really mind-blowing. Only a young guy can able to this type of performance. The strength of very low-key along with low profile will get him very high soon. He is still young but his contribution on field for the national side or club not bad at all. He played like an experience footballer, this is the most aggressive quality to attract anyone easily. It is the probable reason Mourinho so turbulent to grip him.