Manchester United are well-nigh to sign the 17 years Brentford striker Joshua Bohui. United boss Mourinho already confirmed the deal for the English teenager and according to the source the deal will be finalized for next three years till 2019.

Prior of the 2016 campaign the young attacker called up from the English national side Under-17. But the striker would be sign a new academy in Manchester United side. 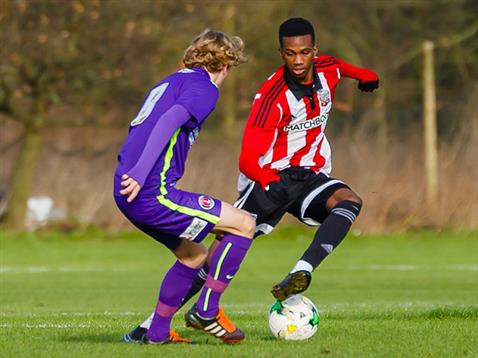 Ose Aibangee , the Brentford academy director mentioned early in the January that United boss Mourinho  had been with them since Bouhi was 11 and they were really pleased for him.

He was also termed that Jose had worked hard for the recognition of England Under 17 call-up and it was great to see him achieve the honor. The director added that it would be great to watch a Brentford player in an England squad and it is also the most prestigious event for the Academy.

It is learnt to the source the Bohui now has set his mind to be moved  the Old Trafford club. Bouhi has the most chance to join with will most likely join up with Warren Joyce who becomes the head coach of Manchester United under-21.

The forthcoming move of Bohui, along with the signing with Red Devil summer windows, turn up to back Nicky Butt’s earlier prediction which he made during signing new youth players. He mentioned that they made short on a few numbers in the several age groups which consisting something like that they needed to appeal.

The Benford winger, Bohui has joined the Brentford side in last Summer by signing a two years scholarship contract. With the team he made 12 appearances for the club and scored two. He became the top scorer of Benford academy in last year.

The playing ability of the youngster is too outstanding and at the age of 17 he knew all kind of attacking tricks which consisted by the experienced striker of leading club or national level soccer. The forward becomes another stout top-flight footballer who belongs to Afewee Academy in Brixton. It is the renowned academy in  England which considered the English right-back Nathaniel Clyne. The MUFC side believes in future the winger would shone like Clyne.

So it is almost complete deal the teenager in United side and it going to be the first time the deal going to completed without any complication. And the expectation is that from the teenager he would make the same sort like Nathaniel Clyne.