Manchester United is very close to sign Portuguese centre back Jose Miguel da Rocha Fonte who is simply known as Jose Fonte. According to source the new boss Mourinho searching a strong defender in back line. And for the centre half Fonte would be the right choice.

Before Southampton Fonte played for Crystal palace since 2007. After a 3 year the back liner joined in Southampton by signing a 3.5 years contract.

The next year,  2011, Fonte was signed more 4 years contract deal. From inception the defender had drawn 267 appearances for the English football club Southampton and always proved himself when the club needed him. He is always render as the best protector and his tight defensive policy often save the club from opposition attack. This is the foremost cause why Mourinho desperately wanted to sign the defender ahead of the season. 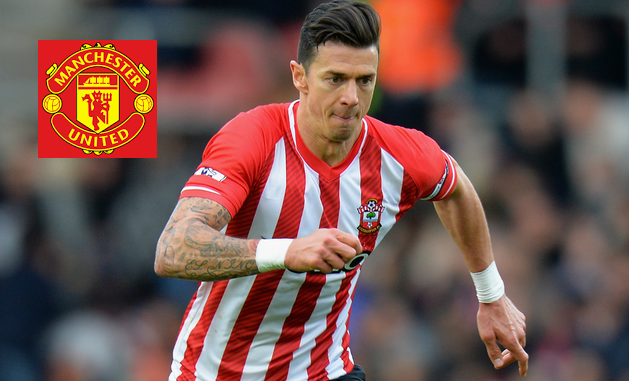 The Premier League club is also decided to sell the centre back in United side. The deal will be completed after confirming the defender salary in new season. And the premier League also agreed to pay the estimated pay out.

Boss Mourinho is looking forward like Fonte who consumed a better knowledge about the position. Jose is one of the better candidate for the post who consist so many experience in past days. Back line is too important. Without a strong back line it is so difficult and tough to fight with opposition, especially if the theme consist giant attacker like Barcelona, Real Madrid. To get success in this way first it should tonight the down line

However, Mourinho going to purchase the senior defenders as well as Marcos Rojo along with Daley Blind. They are very keen to hire the young and talented defender in theirs side. In right back he hoped to add brazilian right back Fabinho

The one more biggest club Evertoon also very interested to bag the Portuguese centre back in their side. They are ready to pay for the defender 9 million pound. Now Evertoon and Red Devils are battled for the extraOrdinary defender.

After winning the Euro 2016, the player get more popularity all over the world. He recent back after the winning session vacation and now going to make a contract deal with United side.

The Portuguese defender yet not confirmed the news. But it is expected soon the deal would be done and we will get chance to wear the United shirt. See more linked with us.