Manchester United the most successful club of English football seals their first ever UEFA Europa League title. The 3 times UCL winners never had a touch on the UEL trophy before Wednesday and the Red Devils finally succeeded on this occasion. They are the most popular football club in the planet as they have the largest number of fans and this is a huge achievement for them. After a disappointing season in the English Premier League where they finished out of an UCL spot, also got the reward with a direct place in the next season’s UEFA Champions League as the benefit of winning the UEL. This is not the first time an UEL winner is getting this advantage as the Spanish side Sevilla also got the same advantage in the previous two seasons. 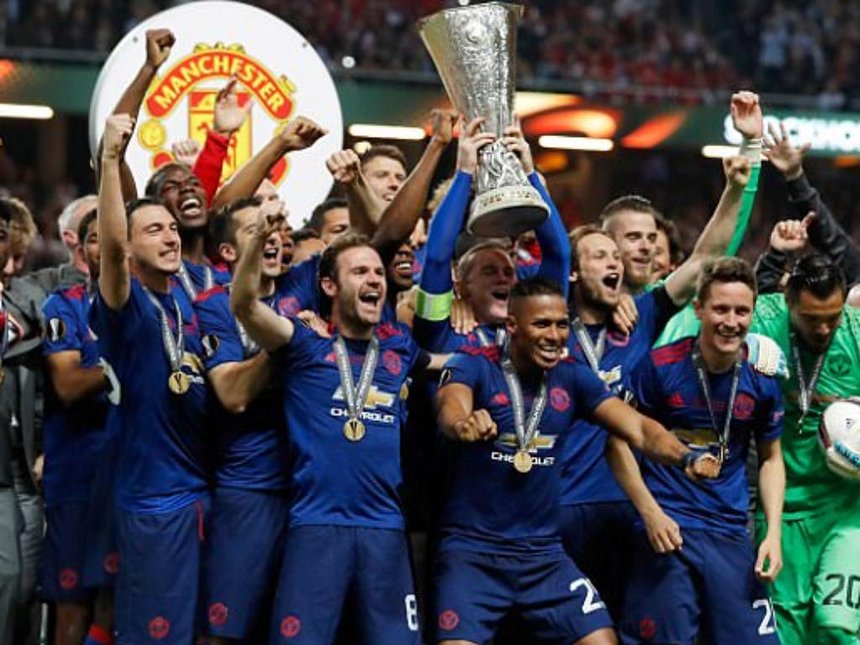 Man Utd and Dutch side Ajax took on each other in the big final at the Friends Arena, Stockholm on the Wednesday night. The English giants were without the likes of Zlatan Ibrahimovic, Luke Shaw, Marcos Rojo, Eric Bailly as the stars missed the game due to injuries. David De Gea, the Spaniard number 1 keeper who is probably heading towards the Santiago Bernabeu, was named at the bench and Argentine stopper Sergio Romero stood between the posts and kept a clean sheet.

Man Utd completely dominated the game and also started very well. French super star Paul Pogba who joined the Red Devils earlier this season for the record transfer fee scored the opening goal of the game and it was his most important goal so far in an United jersey. They went into the break with an advantage of a one goal lead. Armenian play maker Henrikh Mkhitaryan, who joined from Borussia Dortmund, doubled the lead on the 48th minute and that was enough for United to seal the trophy.

It was a wonderful feeling for Ander Herrera as the midfield warrior finally won the UEL as he was beaten in the final of 2012 when he had played for Athletic Bilbao. Wayne Rooney the England legend who may leave Manchester at the end of the season also won a trophy that he had never kissed before. United have sealed their place in the UCL which will attract the big names they are looking to sign. The likes of Antoine Griezmann, James Rodriguez might sign for the Old Trafford based club next season. But David De Gea probably played his last ever game for the Red Devils as he is looking to go back to the Madrid, his home town.