English Premier League is the most popular football competition in the England and the players of highest category participate there. The best of the bests just can book their places in the team of the EPL. The team of the English Premier League for the ongoing season so far has been revealed. Man Utd players are dominating the list as no less than 5 footballers have been selected from the Red Devils’ camp. Among the other 6 options, Man City and Tottenham both have provided 2 players and one each from Liverpool and Chelsea. 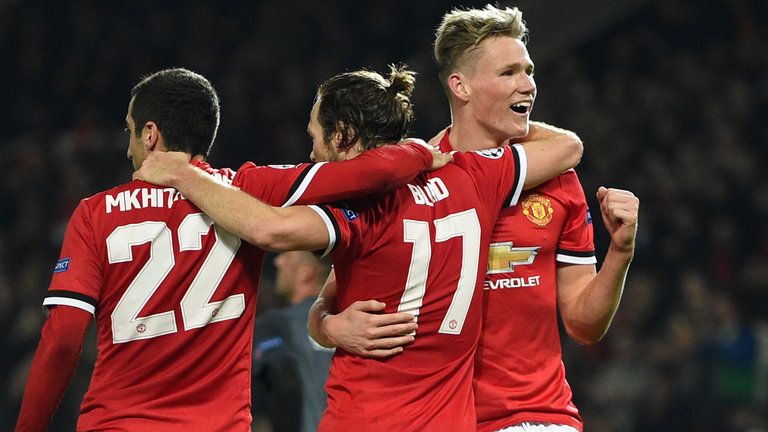 Goal Keeper: David De Gea – Manchester United shot stopper has been given the gloves’ duty and he has been selected to stand between the sticks in this imaginary team. The Spaniard is in the form of his life and undoubtedly he is the best GK in the EPL right now.

Right Back: Cesar Azpilicueta – Another Spanish product in the side. The Chelsea full back will play at the number 2 position. He showed some good performances earlier in this campaign.

Centre Back: Eric Bailly – The Cote d’Ivoire international is in great touch at the back for the Red Devils and deserved a spot.

Centre Back: Phil Jones – Another United man in the line up. He will be partnering along with his club mate Eric.

Left Back: Ben Davies – The Welshman is passing the best period of his career. He has developed a lot recently and is the best left back in the league right now. One hardly can argue.

Central Defensive Midfielder: Nemanja Matic – The importance of this tall figured Serbian? Just ask Chelsea. He has brought in an evolution in the Old Trafford based side under Jose Mourinho after jining them from Chelsea at the start of this season.

Central Midfielder: Kevin De Bruyne – The best player in the Manchester City side. He has been labelled as the man of the big occasions.

Right Winger: Raheem Sterling – The English winger has been named in the number 7 position.

Left Winger: Mohaed Salah – The Egypt international with incredible place, will occupy the number 11 spot of this star studded side.

Right Striker: Romelu Lukaku – The Big Rom from the Belgium will be the man in front of this selected line up. Since joining Utd, he has been firing goals continuously.

Left Striker: Harry Kane – The goal machine from the England is an auto choice. He is currently the best player of the league and of his national team probably.