Former Portuguese footballer Jose Mourinho is currently under contract with Manchester United as their new manager with three years agreement which would be extended upto 2020 where he has signed the deal in 27th May, 2016.

Louis van Gaal was the previous coach of the Red Devils who failed to build the strong squad worthy enough to take the title of Premier League 2015/16 season. Manchester United is still the most successful team in Premier League with 13th times title winner where they last won the Premier League title in 2012/13 under the charges of Alex Ferguson. Last three season they have changed three managers but any one of them did not make them win and their playing condition has become low. 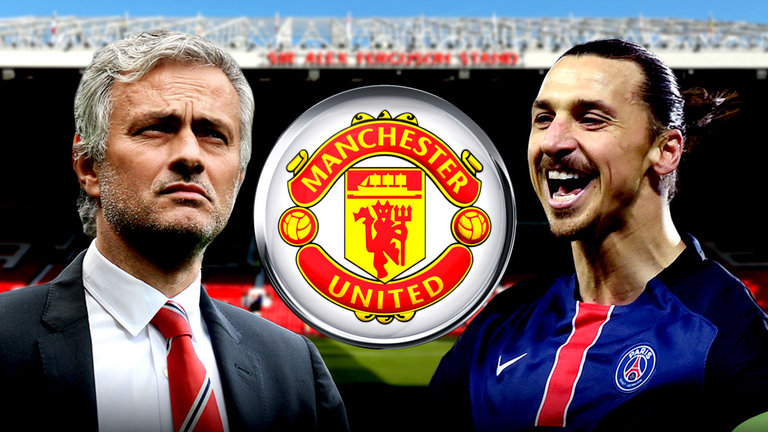 So, now Jose Mourinho is given the contract to regain their previous honour and he is currently working on it. He is trying hard and soul to collect some talented players to rearrange the squad since the joining and recently he has revealed his best eleven.

# David De Gea (Goalkeeper): Spanish national football team goalkeeper David De Gea is currently under contract with the Red Devils since 2010/11 season where the transfer fee was £17.8 million reportedly from Atletico Madrid. Mourinho did not plan to sell him but to keep this world-class goalkeeper in his squad.

# Matteo Darmian (Right Back): Italian Matteo Darmian has signed the deal with English club Manchester United in 11th July, 2015 in exchange for £12.7 million approximately which was actually not revealed for four years. He is a proven potential player and chosen by new coach Mourinho.

# Chris Smalling (Centre back): Chris Smalling is the third captain of Manchester United and considered the best centre back in Premier League. This 26 years old English player is playing for the club since 2010. Manager Jose Mourinho does not plan to sell him.

# Luke Shaw (Left Back): Luke Shaw is an English defender. He made an agreement with Manchester United in 27th June, 2014 with four years contract but the fee was not announced which was thought to be around £30 million. Recently, he recovered from his broken leg and completely fit for play. Mourinho does not think to replace this young defender so soon.

# Raphael Varane (Centre Back): French defender Raphael Varane would probably be the first target of Jose Mourinho. He is currently under contracted with Real Madrid and the contract valid till 2020. But Mourinho is ready to offer more to get his former apprentice.

# Nemanja Matic (Defensive Midfielder): Portuguese man keen to tie Nemanja Matic who is under contract with Chelsea for five and half years and the fee was £21 million. On the other hand, Matic also wants to join with Mourinho in the Red Devils.

# Joao Mario (Midfielder): Portuguese footballer Joao Mario is a midfielder who is playing for the club Sporting CP. He is passing good time now where last season he scored 6 goals by playing 33 appearances. He would be picked up by Mourinho. Perhaps Mourinho will offer more where he just rejected PSG’s £27m offer.

# Willian (Midfielder): Mourinho is ready to give £60m to bring this Chelsea midfielder according to the sun though he is under contract with them for five years which is valid till June, 2018. But, boss of the Red Devils has offered him double. So, he would take the bait.

# Wayne Rooney (Forward): Wayne Rooney is the current skipper of Manchester United as well as England national football team. Jose Mourinho is planning to keep him as a captain guide him to play as a central midfielder from upcoming season.

# Anthony Martial (Forward): Coach thinks that this French striker Anthony Martial possesses extra talent who is in top form now and soon he will establish himself as a top player. So, Mourinho wants to keep him close.

# Zlatan Ibrahimovic (Striker): Swedish striker Zlatan Ibrahimovic will be a free agent after his contract with Paris Saint Germain will expire in next 30th June, 2016. After that, he will join Manchester United because they will offer much more and now he will clearly concentrate for the club due to his retirement from national team. Because Sweden did not do well in UEFA Euro 2016 campaign and left behind. Though, Zlatan is the all time top scorer in Sweden.