Romelu Lukaku the Belgian super star signs for English Premier League giant Manchester United. The former Everton talisman will reunite with his former Chelsea boss Jose Mourinho and according to the contract the number 9 will stay at Old Trafford for at least next 5 years. The second highest top scorer of the EPL is one of the most wanted forwards in the football world and his signing will certainly increase the goal scoring ability of the Red Devils in the upcoming season. His signing was announced officially by the club earlier this month.

The 24 years old put the pen to paper on a 5 year deal for a fee of £75 million and he is expected to earn £250,000 per week at the Theater of Dreams. The front man was thought to join his former club Chelsea but Mourinho and his team did a good job to land the striker. He is one of the most exciting prospects in the top tier competition of English football and is certainly going to be an exciting addition for Special One’s side. 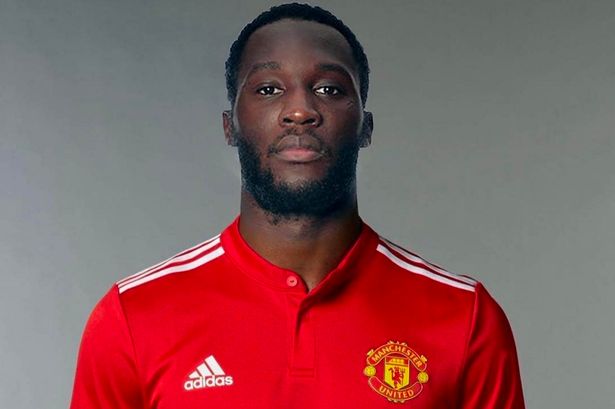 The Antwerp born forward is known to be a consistent goal scorer in the premier league. Last season he finished 2nd in top scorer’s list of the EPL, just behind to England international Harry Kane. The Tottenham start netted 29 goals and the Belgian got just 4 less than that for the Marseyside Blues. In the 2016-17 campaign he scored total 26 competitive goals for his club. In the 2015-16 season he have 25 competitive goals beside his name. The number was 20, in the 2014-15 campaign. United fans will hope that their newest signing will be able to carry his form of the previous seasons, into the upcoming new season. The former Anderlecht man is known to be the player of the big occasions. He scored an important goal in the second round game against USA for Belgium in the 2014 FIFA World Cup.

The Belgian joined his new club after having a successful medical at Los Angeles and got his friendly debut against Manchester City and also opened the scoring on 37 minutes on their 2-0 victory over their city rivals at the NRG Stadium at the USA. Then he replaced Marcus Rashford after the break in their victory against UCL champions Real Madrid in the International Champions Cup North America. The 24 years old also featured against FC Barcelona where his team faced a 1-0 defeat as Neymar da Silva scored the winner for the Copa Del Rey champions.