Manchester United currently trimming up the next Summer options to Wolfsburg winger Julian Draxler. The New United boss Jose Mourinho set £30 million bid for the German star as he has been given a £200 million budget   to use for club good wills.

After signing the side he set target for the leading footballer from different club, while some of them are confirmed and some are on the way. But still his searching is on and the process will be continue until getting the satisfaction.

Borussia Dortmund’s attacking play-maker Henrikh Mkhitaryan became the first choice for the post but by any mean the deal remain incomplete, Julian Draxler will be the alternative choice for the aspects. 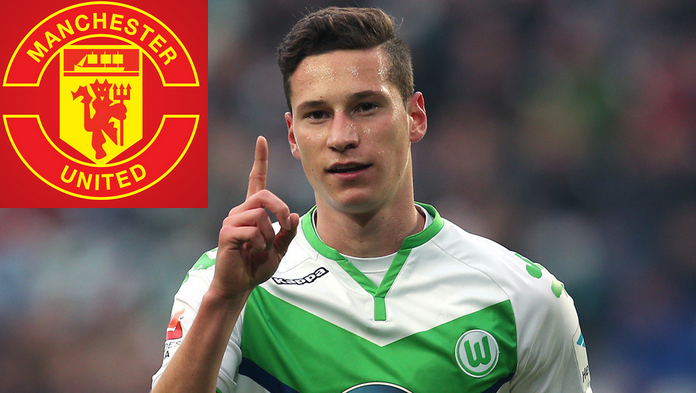 Recently a news of Daily Star published that Mourinho interested to bring the German midfielder in his side and for the curriculum he has been agreed to spend of £30 million. But he added the condition that all will be happen if they unable to enroll the Armenian midfielder in Summer.

Last August the 22 years old playmaker has signed a five year contract for Wolfsburg. The transfer fee of the midfielder was unannounced and he is still under contract with his parent club. At this condition Mourinho thrown the offer of transfer in his side.

The United boss is still hopeful for Armenium Micky and the conversation with Mickey’s Club and agent also on. And the German man being busy in Euro 2016 championship with his national team Germany. On the other hand  the current club of the youngster yet not descanted about the offer. They still silent as if they knew nothing.

Julian Draxler is very strong left winger and his gaming style and motion is too artistic and too fast. His Ball passing form just too stand out. He is the exceptional footballer wh consist the foot magic in both legs.

The winger also have a special quality to dodge the opponent player easily and to make the ball for win. For his organic movement, the star is interested by many other club. Prior of the move in Wolfsburg side he was offered by the Juventus side and this season he is also offered by Arsenal football club. Due to exact facilities the offered has been rejected.

So, the transfer of the winger totally depend on Henrikh Mkhitaryan joins in the club. So guys let’s wait and watch what will be happened. To get more news stay with us.