Paul Pogba is one of the most popular name nowadays who is a French professional footballer. He made his youth career with English giant Manchester United and get tied with them officially in 2011. He stayed with them just one season. Ne he was sold to Italian top tier Juventus in 2012 with an undisclosed clause. Now, he was wanted by his former club desperately and based on this they have already made an offer which approximately £110 million which will be the record transfer for the Red Devils. Now, the deal is on final stage where both clubs are trying to make a settlement. In the meantime, Paul Pogba’s agent Mino Raiola has left Italy to Miami to consider the details. The Old Lady boss Massimiliano Allegri has stated that Pogba is a Juve player currently but he has a choice to leave Juventus Stadium. 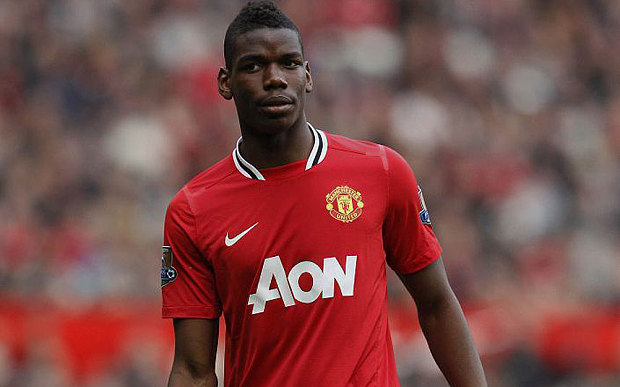 Basically, Juventus would probably need more amount where they have placed a bid of £78 million for Napoli striker Gonzalo Higuain. So, if they will get bonus amount from the Manchester United, they would possibly allow Pogba to return to Old Trafford. The Red Devils also know this matter and they expect that the Juve will claim a record amount of transfer fee for this French attacking midfielder where they tied him almost for free in 2012. But also Old Trafford are ready to meet such demand, according to the United boss Jose Mourinho.

So, the Frenchman would probably move to Manchester United this summer by making a world record transfer.

The Juve manager Massimiliano Allegri has revealed a secret that they are talking with the United about the transfer issue. Currently, Juventus are in Australia on their pre season tour.

This 23 years old French international has agreed to return to his former club and reportedly he has made deal with them personally though team Juve have refused.

However, Manchester United was defeated by Borussia Dortmund yesterday by 4 – 1 goals and finally the Red Devils boss Mourinho has realised that they are in great need for a legendary midfielder. Pogba would be the one. So, they are taking a certain steps to place this French international.

After Joining Juventus in 2012, Pogba made 124 appearances with them and scored 28 goals so far but to assist a lot. This former Red Devils player played for French national team since 2013 and made 38 appearances and scored 6 goals. Pogba was also selected for last UEFA Euro 2016 which was hosted in their own ground France.