Manchester United eye to swoop Everton right back Seamus Coleman in next transfer windows. According to report the United boss Mourinho interested to pick the defender in January and he made a £16 million bid offer for the Irish man.

Antonio Valencia became the first choice of boss Mourinho. The Ecuadorian professional is very fast, strength and experienced player at all. Old Trafford boss Mourinho has disappointed for Italian full-back Matteo Darmian. The 26 years old is unable to impress the boss and they lost many times for the weak defense.

Mourinho considered that Coleman is the best replacement for Matteo Darmian. The Italian international began his club career with Sligo Rovers in 2006. The right back joined toffees in 2009 for £60,000 transfer fee. 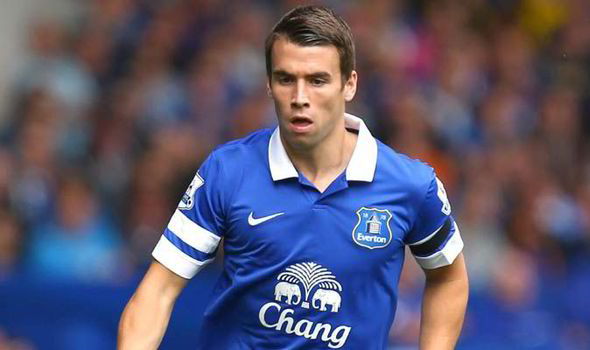 He is very hard working and a good stopper. His skill and ability always love to the fans. Coleman scored against Georgia in a midweek in World Cup qualifier. He one of the unsung hero of Everton. He became the target of David Moyes in three years ago. They were willing to pay a good amount for the defender but the blues were not agreed to sell him.

Mourinho also has the option of setting  Dutch youngster Timothy Fosu-Mensah in the coming match. But the former Real Madrid coach desperate to shape the line up with  Seamus. He is highly interested to set the Irishman in his side. As the Summer window has closed, now he have to wait for the reopen windows.

United boss hardly find the right back but the fact is that Toffees boss Ronald Koeman had not wanted to sell the defender right now, he told he lost  the John Stones in this summer for £50 million fee. At present he is not ready to lose another star. The Toffees boss like the right back very much and  a big fan of the Ireland footballer.

Mourinho spent a bg amount of money for getting new and best players. But the result of the side is not so well. Now he willing to pay a small fee for the Everton man. But the moving decision yet pending. The defender had not commented about the move or interest.

In December 2012 he signed an expanded contract with the Toffees and according to their deal he would remain under the contract till 2017. It has much time to re-open the winter windows. Let’s see what happen. Linked with us to get update.