Former Juventus striker Marco Borriello has the opportunity to play for the most leading football side Real Madrid and Manchester United. One is the La Liga giants and another is Premier League leader. The both teams are the biggest side in recent time and Marco has the chance to perform of their favor.

The 34 years old said that he could had gone to Spanish club Real Madrid or English side Manchester United. But without choosing the renowned club he chose an Italian side AC Milan and stayed there. He mentioned that Milan becomes the big club of Italy. He made debut with the side who scored four goal against SPAL in  Coppa Italia. 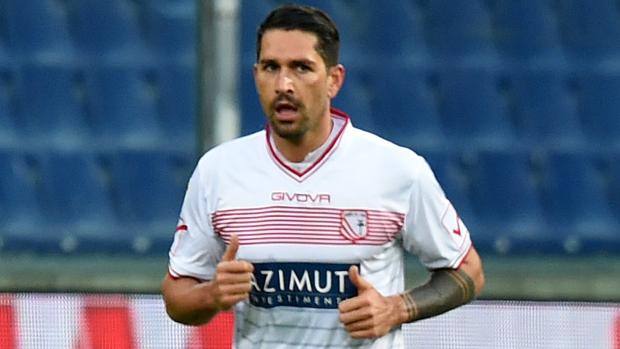 Marco described about his performances that he scored 17 goals in his first season. After that a new sporting director came and send him some other club without getting to know him well. After mid season he found himself somewhere else. It’s a great mistake and also the matter of disappointing.

Borriello is now much oldy of 34 year and still dreaming to recall up from the Italian side.  He also told he was really fighting for getting the position.

The forward made many moves from one side to another. He changes 7 clubs in total which is really surprising. Marco claimed that while his first year at Roma was successful, the move did not work out for him in the end.

The Italian former has scored two goals for his new signing  Cagliari. He really a mind blowing performer at all. When he played for the AC Milan he was offered by the Spanish giant Real Madrid and also for the Premier League side.  As he loved the team very much he would not agree to leave the club. But he was forced to leave the club in 2007 to Genoa.

In 2008 he re-joined the Milan with a buy back deal of 1.8 million Euros. He spent the side two season and then he was sanctioned for free on loan move to Roma.

Roma sanction half season loan to Juventus and after a year they again backed the striker in their side. In 2014 he was loaned move to London based club West Ham United. After travelling different side he backed permanently in Rome in 2014-15 season. This August Roma composed a free move to Cagliari.

It’s really a horrible journey and enough to finish one;s career. The unfair situation has been passed by the striker and he told how much he suffered from the beginning.