Marco Reus hopeful to return Germany squad in the World Cup championship. The midfielder confident to make return in the WC championship. According to reports Reus after back on Saturday on BVB club which win over 2-0 score against HSV, the confident level rise so high. Now he dreaming to play in the WC tournament.

After winning the match the 28 years old confident to return in the national team. And with the the team he wanted to make his WC debut in this season. It is a big dream for him.

Reus has been kicked out from national duty about nine months for ligament injury.  The 28 year old injured during playing for Borussia Dortmund. After that doctor told about his ligament injury. And it is also warned him to take rest for eight to nine months. So the head coach sideline him for a long time. After returning the side he get back his place in the starting line up. 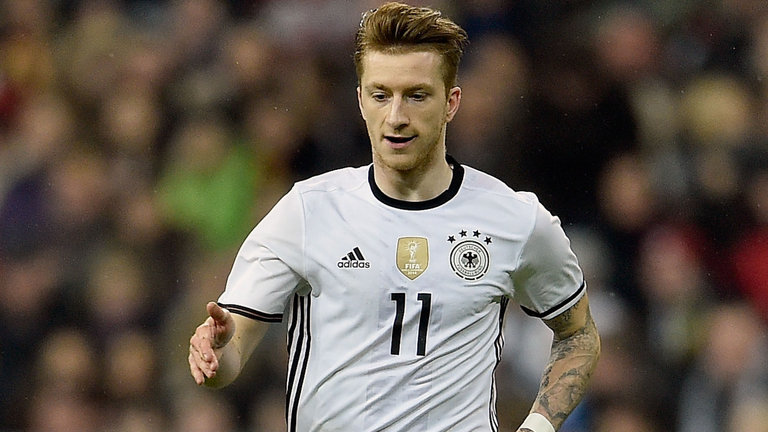 In a interview the midfielder told that he wanted to back in the international duty and also hopeful for World Cup debut. He also told that the coach also wanted to play for the team.

The 28 years midfielder accused that he did not surprise at all that he again started the journey. But he was sure he come back soon to field. Because sitting in the  bench without playing is not easy for him.

Reus also told about his fitness that he feels good now and everything’s ok now. He definitely ok to play the full distance. Before the WC championship Germany have to play few important match and the midfielder has been included in the squad for the clash.

The midfielder fully prefer to take off his veteran position. He believes he can give his best performance in the game both club and national side. It has been predicted that the future formation what he goes to play makes 4-1-4-1. However the set up could be challenge for him but he determinate to do well in the next.

When he was asked about his chances to take part in the WC championship, he replied that he being hopeful to get chance in the competition. It is also learnt to Reus that he has talked to the national team coach  Joachim Low in the last months. Actually he get touch-up with Germany manager. Even he phoned and texted the guy. Overly it can be said that if the guy perform well he would take in the upcoming World Cup.