England seals an important series against South Africa after a stunning last over victory in the second ODI. The Rose bowl at Southampton which was highly known as an unlucky venue for the English side as they had tasted 5 consecutive defeats in this very similar venue before the Curse being broken in the last August where the Morgan army managed to get a 44 runs victory against Pakistan and they have continued that against such a good side. 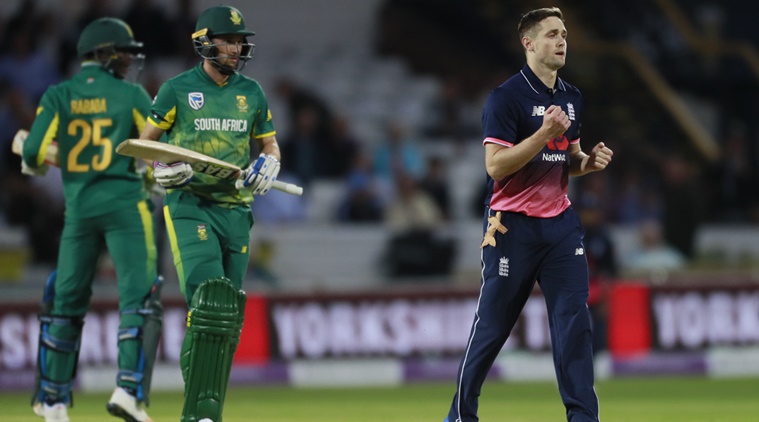 On the Saturday morning at the Southampton, Protea skipper AB De Villiers won the toss and decided to field first. Jason Roy, the Surrey opener’s bad form continued as he went for a single digit score once again as a brilliant yorker from Kagiso Rabada saw the end of the Gujarat Lions opener. Hales too couldn’t do well and was soon followed by an unlucky Joe Root who was the victim of a run out. Ben Stokes came to the crease at number 5 position and was given a couple of lives by Amla and QDK. England captain Morgan was the second scalp of Rabada who was outstanding on the day. But the Rising Pune Supergiant all-rounder anchored the innings and reached his second ODI hundred and the very first against SA. Then late blow from superb Jos Buttler gave England a very competitive 330 to defend on a batting friendly pitch.

South Africa got a massive score to chase down and the half centurion from the previous match Hashim Amla couldn’t get going. When Du Plessis was dismissed the visitors were 93 for 2. Quinton De Kock and AB De Villiers than built a 96 runs stand but the Mr. 360 Degree was undone by a short pitched delivery of Liam Plunkett as the ball just kissed his glove and went straight to Buttler’s hands. QDK soon followed his captain and missed a century just for 2 runs. Behardien struggled in the 22 yard but David Miller and Chris Morris played superbly and took their team into the driving seat where they needed just 7 runs of the last 7 deliveries. But the drama was yet to be over. Durham pacer Mark Wood came to bowl the last over and his raw pace and error less lengths defended just 6 in the last over. He gave just 4 runs against set Miller and Morris and completely snatched the victory as well as the series from the Proteas. It was proved once again, why cricket is called a funny game.