Marko Marin, who was once Chelsea’s best winger has not fallen out of favour is finally sold to the Greek club Olympiakos permanently after passing four consecutive loan seasons while playing with the Blues. His transfer agreement if for three years and the fee is selected almost £3 million. He almost failed to feature with the Blues regularly due to his injury and poor performances.

German national team footballer Marko Marin was always a surplus for the Chelsea team squad where he arrived at the Stamford Bridge from Werder Bremen in 28th April, 2012 with undisclosed fee for five years duration. Among the, almost four seasons have passed successfully and he also played with the Blues under four managers totally. At the end of his career at the Stamford Bridge, his achievement calculation is almost completed. He just made sixteen appearances in with the Pensioners where six of them were Premier League in his last four years with them and also netted once. He made his debut with them against Seattle Sounders in 18th July, 2012. Later, he fallen into hamstring injury. 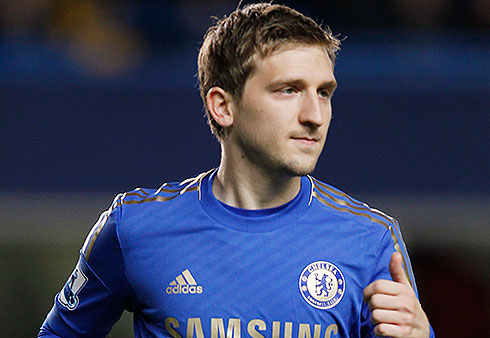 However, after facing a terrible injury period, he started loan career with Sevilla in 28th June, 2013 and made only 18 appearances with them. This winger spent his second loan period with Fiorentina but failed to made any single appearances with them and there he spent half year loan season. He also played for Anderlecht and Trabzonspor on loan but all were his worst nightmare because he did not make him useful significantly anywhere only but German side Borussia Monchengladbach and Werder Bremen somewhat. This 27 years old attacking midfielder made his highest 87 appearances with the Bremen and scored eight goals where he arrived there in 24th June, 2009 from Borussia Monchengladbach for €8.2 million. Now he has moved to the Greek professional football club which has ranked in top position in Superleague Greece currently. Though, his previous seasons were not good enough for him failed to make a permanent home and did not make regular first team squad, but this time, he would probably act seriously and he has just one option left and which is to score more goals.

After arriving at the Georgios Karaiskakis Stadium,Marko Marin has faced an interview where he stated clearly that he has joined with a great club which has many great histories which are almost inspiring. He is very happy to be here and ready to start his training session, he also added. He seems determined to give his best to the club.