Las Palmas defender Mauricio Lemos rejected Barcelona move offer in this Summer. He revealed why he took the step, while world wide footballers are crazy to play for the Spanish giant so far.

Lemos told about one of the best football clubs in the planet. He felt very proud to get the La Liga champions offer at the age of but he was not interested to the offer. The Uruguayan told that he would not have got so much time for playing there.

He thought  Las Palmas is the better option for him, where he has the chance to play regular in the first team. So now he is only thinking about Las Palmas. The youngster added that anything could be possible in future because in the field of club football nothing is stance. Obviously he could move from the side in future but at present he wanted to stay at Las Palmas. 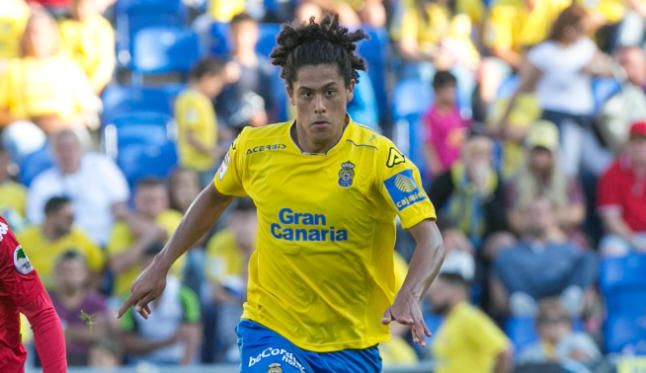 He thinks the club where he staying now, is more calm place than any other club in the world. He felt relax there and that’s why he would not leave the place this season.

Mauricio made jumped the side in January, 2016 on season long loan. But on May he joined the side permanently by signing a five years contract. He mentioned that when he joined the side, he wanted to take the time necessary to grow up and develop his performance. He termed Las Palmas became the perfect club where he could improve his skill and he believed he could do better himself with them. At this moment he had not wanted to lose the opportunity.

The common problem, which reason most of the footballer would not want to join the La Liga giant. The Nou Camp already considering the world best players in their side. So they are not eligible to give chance the new signing regular in the first team. Mauricio Lemos ignored Barcelona offer for the same reason.

According to Barca report they made €12 million bid offer for the 20 years old but he refused the Catalan giant. He think Las Palmas is the best for his career. He was afraid Barcelona bench system would ruined his career in the start.

Lemos is very talented Uruguayan defender. His defense protection is really outstanding. But his rejection was very disappointing for the Catalan boss Luis Enrique. Barca also signed Andre Gomes as defender for the side. So guys keep eyes in our side and get update.