Argentina forward Messi and his team mate Paulo DyBala facing their interior place problem ahead of the World Cup. But Barca star Lionel Messi has said that there is no problem with teammate forward Paulo DyBaLa. He clarify that they can play both together.

In before DyBala said that playing with Messi being difficult. Because they both play in the same position. Earlier, for the same reason, the Argentine side did not get the eighth place in the Juventus Forward. And it’s really a great problem that the five time player of the year and forward DyBala. At a time to play in the same position not possible at all. So it is being a great problem which need to be continue. 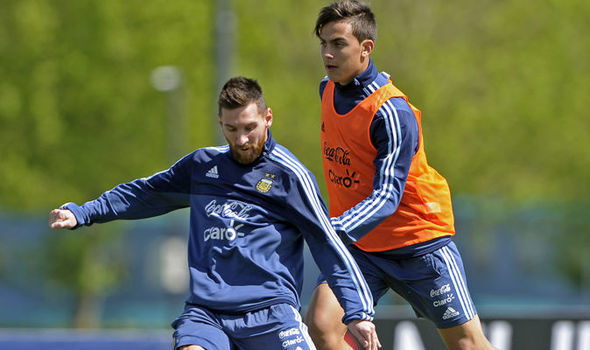 In spite of having a great rhythm for the club side, he is struggling to get a place in the national team for the Russia World Cup. He did not appear in the match against Italy on Friday and against Spain which had played on Tuesday. As a result the team defeated very badly against Spain. It’s a nasty game for messi’s team in their football history.

Now the question risen in the year that with that issues DyBala and Messi facing problem and the effect grows in their personal relation. By giving answer of the question the Barca star has confirmed that there has no problem between the him and the Juventus front man.

He also mentioned that he and Paulo talked about this. What he said is true. In the role that he played, he played the same role in Juventus. He plays with him on the left side of the national team so that he is not used. It is difficult for them to play there. But if needed they have to be adjusted.

The Argentine forward understand what the striker said. There is nothing to be cleared here. But it’s the decision of head coach and team selectors. And Messi has nothing to about his inclusion in the national side.

Messi did not play in a 2-0 win over Italy on Friday due to a hamstring injury. Argentina coach Jorge Sampaoli expected that he could play in the match against Spain at the end of the day on Tuesday. But the striker could not take part against Spain. And as a result they lost so badly score. Sampaoli very disappointed for this kind of performance ahead of the World Cup. But soon the star back to the team and everything will be alright, the supporters think so.