Spanish giant Barcelona are in transfer market this summer and they are determined to rich their midfielder before the transfer window will shut. They have suffering the proper midfield and attacking line up combination. Current Barca president Josep Maria Bartomeu wanted to sign current Bayern Munich player Thiago Alcantara who was once at the Camp Nou. He left the Spanish side in 2013 for German top tier Bundesliga and now, Barcelona president wanted to bring him again to secure their midfield position. But, the club’s current top player the legend Lionel Messi thinks the different. he can not allow this Italian player again at the Camp Nou. So, he has already stated to the Barca president to find alternative of the Italian. 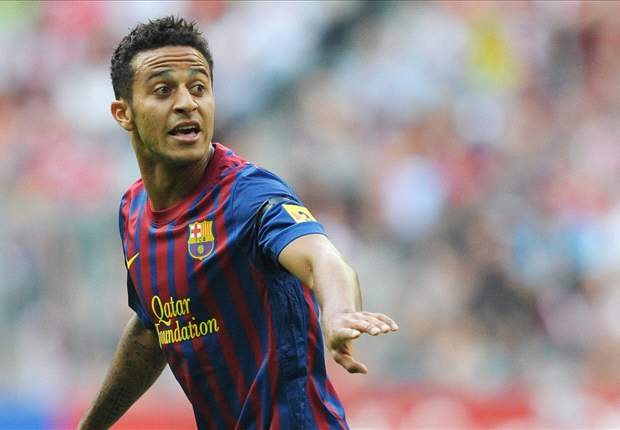 Thiago who left Camp Nou in 2013 and joined at the Bundesliga side bayern and since then he is on the winning track with the club and that is a great achievement for a player. And also his performance used to be noticed. So, number of elite clubs wanted to land him this summer. Barca is one of them where they are desperate to bolster their midfield and to ensure it, they need to sign high profiled player. Besides, they have to consider the fact of current skipper and head of the midfield action Andres Iniesta who has come to the end of his playing career. So, Barcelona needs to find a perfect alternatives as well.

However, this summer the Catalan side has seen number of rejection while trying to bring Philippe Coutinho who was the first choice of the club. But his club is not ready and also announced that this Brazilian international is not for sell and finally rejected the third bid from Barca where Barcelona tabled £118 million. And according to some news portals which have claimed that Barca could increase their offer to £130 million to secure the signing this 25 years old player from Liverpool.

Now, just a week left of the summer transfer window and the Spanish side are keen to bring someone to their camp. So, they are considering the Bayern Munich star Thiago.But according to the latest news, this reunion between Spanish side and this Italian would not finish because of Lionel Messi who has not forgiven his former teammate for his comment just before the leaving Camp Nou. Thiago stated back then that he had no problem to sign for Real Madrid in near future. It seems the Argentine legend Lionel Messi could not forgive him for what he said and reportedly said to the president of the club to consider someone instead of Alcantara.