The 21st edition of the FIFA World Cup will start in Russia on 14th June. The Argentine former defender Oscar Raggie has advised Lionel Messi not to be played for Barcelona, before the World Cup. He is a member of Argentina’s winning team, so it is his responsibility to prepare for the championship.

The former defender advised to prepare for the WC competition and did not play for Barcelona right now.  Argentina was runner up in the 2014 FIFA World Cup held in Brazil. This year’s World Cup may be the last championship for Lionel Messi.

In the Copa del Rey final match Saturday night, Barcelona will play against Sevilla on Saturday. According to Oscar Ragari, this trophy is nothing but the WC trophy. Lionel Messi is in good form in La Liga, the team is close to winning the title. Barcelona are 12 points ahead of the second position in the points table. 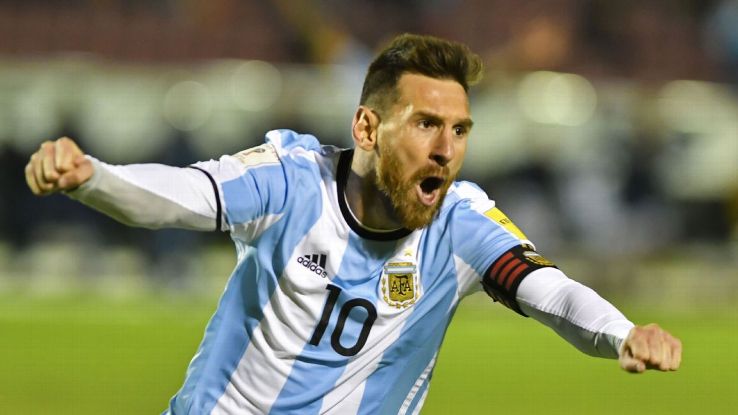 Oscar Ragari said that if Messi will not play for them they will not lose the title. But in the national side they badly needed him. Messi should call the club president and to tell them it being his last championship in international side. He should dedicate himself to the national team ahead of the championship.

Barcelona will play in the La Liga match on Tuesday night at the Celta Vigo. In this match, the star talked about his fitness with a hint of rest.

Messi was unable to play two friendly matches against Argentina and Italy in March due to hamstring injury. In the absence of the best star of the team, Spain has flown 6-1 in a row, two-time world champions

However, after the international break, Argentina captain, who is in the form of Barcelona, ​​is on the form. Messi made a hat-trick in the La Liga match after losing the league to Leganes 3-1 in the match after being dropped as a substitute against Sevilla. But the coach is not going to worry about the fitness. Valverde does not see anything of concern.

Messi has the possibility of resting like others. There is nothing to worry about him, the other day he won a 2-1 win against Valencia. Those who are in Argentina should be calm. Because they are very concerned about the star. There is still much time to start the championship and he believes that he get enough time to take preparation for the WC competition.