The last contract which will be ended in 2018 summer and he will be released from all veteran pact but the midfielder yet not committed to leave the club. Perhaps he would remain on the side until the club say good bye him. The rumor was that after finishing the contract with Arsenal the 26 years midfielder will be joined in the Spain side but he confirmed he would remain on the Gunners side by re-signing new contract in the summer. 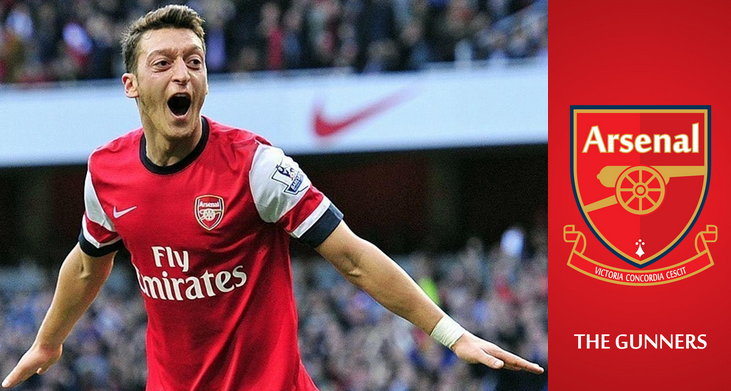 The Winger mentioned that the club going to be signing a new contract with him in the summer. The club have already offered Ozil for the deal but the deal yet not confirmed officially. He also admitted about the rumor of his club transfer, By answering the rumor he told in the French magazine Surface that he is still under a contract with Arsenal club and he is quite happy and comfortable to be there and wanted to stay there at present.

He also committed that he had not thought about the future and his pondered to enjoy only the present condition. As he have been goals for Arsenal at present, he wanted to do same deed in there.  At last he admitted about uncertain future of football which can be changed in anytime. He told he did not know what will be happen in future but now he wanted to remain in the Arsenal side.

The German winger led a very fascinating season with Gunners since his arrival season 2013 where he was nominated for the PFA player of the year award but unfortunately he would not get the award and the award was grabbed by the Foxes star Riyad Mahrez.

Though Ozil failed to achieve the trophy, his contribution in Arsenal will be not forgotten to the fans and football lovers. He confers a symbolic value for the team in always.

The past result of Gunners were much good but after January the performances of the club going down and the unfavorable results of February and March drop their prospects in the beneath.

So, without wasting time the club should complete the deal of re-signing Ozil in soon. It’s the high time for Wenger to contract with the well qualified midfielder for profit of the team. Ozil should be set back in the club as soon as possible.

Apart of Ozil few more transfer rumour going to be placed in the summer. The veteran midfielder Mathieu Flamini going to leave Arsenal and join in Greek side for  £75,000 in weekly salary. According to the report this summer his deal with Gunners will be finished and the transfer rumour will be emerged.