Michy Batshuayi is currently under contract with the Blues and he has joined with Stamford Bridge in 3rd July, 2016 with a five years deal. The deal is made for €40 million where while staying in Marseille, West Ham United, Crystal Palace and Italian side Juventus were also keen to collect him and they had all made an exclusive offer but this Belgian striker has taken the offer from the Blues instead of them.

In 8th August, 2014, Batshuayi announced that he made an agreement with the marseille for £4.5 million with an undisclosed validity but two seasons later, he decided to leave the French side where he got an offer from West Ham with €35 million and later another English side Crystal Palace offered him some more with €38 million. But still he thought about some more opportunity and finally luck favoured him when he was bid by English giant Chelsea. Finally he joined with the Stamford Bridge by not wasting any time. 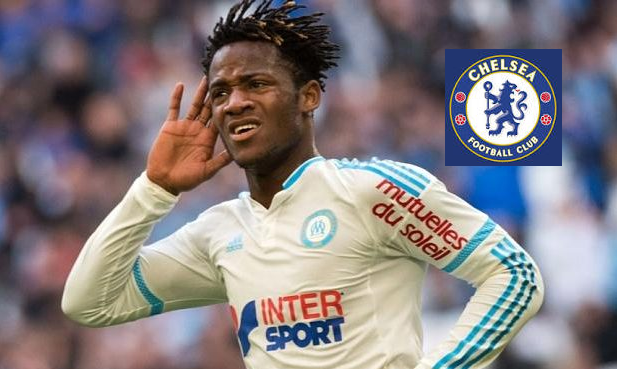 Couple of days before, Batshuayi joined with the rest of the team while finishing the medical and now he is preparing for pre season matches with the Blues. He is selected in the Chelsea’s first team squad and now visited in United States due to that purpose. Through pre season matches, he would probably be ready for his upcoming challenge in Premier League where the Blues boss Conte does not want to repeat their last Premier League statistics where they finished the season with poor performances and currently standing in 10th position in EPL ranking table.

22 years old Michy Batshuayi stated that he feels very good to be with the Stamford Bridge and it was his childhood dream. He is waiting eagerly to play under Antonio Conte and he likes the coach very much. He has always found Conte is a very talented and amazing coach. He is currently trying to learn from Conte. Conte would be the great boss to him where he won three consecutive Serie A title with Juventus as a manager before.

Now, with Chelsea, this Belgian striker is scheduled to play his debut match against Liverpool in next 28th July, 2016 and next match will be staged against Spanish giant Real Madrid in 30th July, 2016.

This former Marseille player played with them 62 appearances in two consecutive season and scored 26 goals where in last Ligue 1 season, he made 36 appearances and scored 17 goals so far. He also played for the Standard Liege which was his first senior club.