English club Hull City have made a deadline sign with Manchester United midfielder James Weir. The deal was completed for on a three-year contract with an unclosing transfer fee.

This Summer United release a huge panel of footballer from their side. They signed only four legends which are most experienced Zlatan Ibrahimovic, Eric Bailly, Henrikh Mkhitaryan and the most expensive Paul Pogba.

On the other hand they sold out total twelve footballer and the loan out removal seven. Actually it all happens for Mourinho whose target to rebuilt the squad. And after joining the side he cut aside many names from the squad. 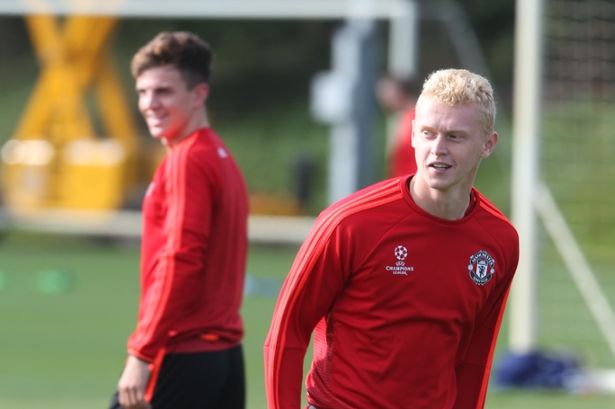 Weir made only one appearance for the Red Devils against Arsenal in last February win over 3-2 goals. Actually the left midfielder joined the academy side in 2008 and trained him there. He professionally made his debut on February. He is a very good former. Last season he became the captain of u-21 side.

Weir was offered by Hull city in edge of the transfer window and sent him for medical. After all formalities he signed for the new club. The 21 years old seemed very happy for his first professional sign. He exclaimed that he was really happy to sign for Hull City which was really exciting move for him.

He also added, that became very important time in his career. He think think every player of his age wanted to try and eager to start playing regular first-team football.

Now the key substance for him is that he could be a regular part of the Humberside first-team squad. He assured he could help as the club continues to move forward.

James became so much excited and desperate to take the new challenge. He mentioned it would be an exciting time once the international break was over and he could not wait to meet the rest of the lads.

He is ready to take the new challenges and hoped they can progress and succeed together with the other guys.

English Forward has also humped in the side of tiger for an undisclosed fee. IT’s really good for the both to play in a new side with former team-mate. The 23 years old is also a mind blowing performer. And it’s the great pleasant for the tigers to bag the two world class soccer in their side. The Summer Transfer window has been closed now the club have to wait till winter transfer in January.