What a boxing day Manchester United fans have had! The Red Devils once again proved that they are the most successful football club in the boxing day history of the premier league. The English giants sealed their 19th boxing day victory on the Monday afternoon against Sunderland at the theater of dreams. The United fans had every reasons to celebrate. Festival environment was all around the Old Trafford as it was the boxing day and then a superb display of football and a brilliant victory fulfilled the Red Devils’ fans every wish in this Christmas.

United started brilliantly against a struggling David Moyes’ side and the Scottish coach’s return to the Old Trafford couldn’t be worse. Dutch defender Daley Blind opened the scoring on the 39th minute of the game. He gave the lead to the host which was assisted by a brilliant pass from the Swedish superstar Zlatan. It was the first goal of the season for his club for the versatile Netherlands international. The first half ended with the 1-0 advantage for the home side. 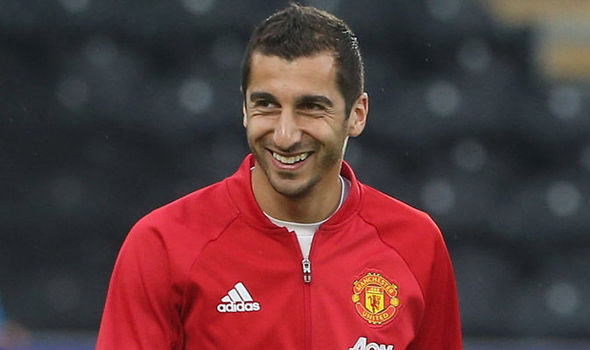 There was no goal in the first 35 minutes of the 2nd half. Zlatan Ibrahimovic doubled the lead for the Red Devils on the 82nd minute. It was the 17th goal for the striker in a Man Utd shirt. Paul Pogba provided the assist on this occasion. On the 86th minute, the whole word was the witness of a stunner as United’s Armenian playmaker Henrikh Mkhitaryan scored an absolute stunner. He met a Zlatan Ibrahimovic cross and converted it into the 3rd goal with a scorpion kick which was completely unbelievable and quite amazing to watch.

The 27 years old footballer has labelled the goal as the best of his career so far and he seemed really delighted. He adds that he started celebrating when he saw the goal was not ruled out by the assistant referee due to offside. He also said that at first he thought that the ball would have been in front of him but then he realized that the ball was behind him and only thing he could do, was a back heel but finally his trick paid off and he got the success.

It was also the Armenian’s 3rd goal in a row in his last 3 matches. The Red Devils are flying high under Jose Mourinho as they have sealed their 4th league victory in a row. United is currently on the 6th position in the league table with 33 points from the first 18 league games. Their opposition Sunderland is currently in the relegation region as they are in the 18th position in the table.