November has been so good so far for Liverpool as the Reds have grabbed two big victories out of two important games and it will help to release the pressure of Jurgen Klopp’s head. The team from the Marsey side has scored 7 goals in their last 7 goals and it might just show that their front line is not a matter of any big concern as the forwards continue to impress. In the last 5 competitive games, they have scored no less than 18 goals. I repeat, 18 goals! This is not a bad stat at all, in fact a great one. 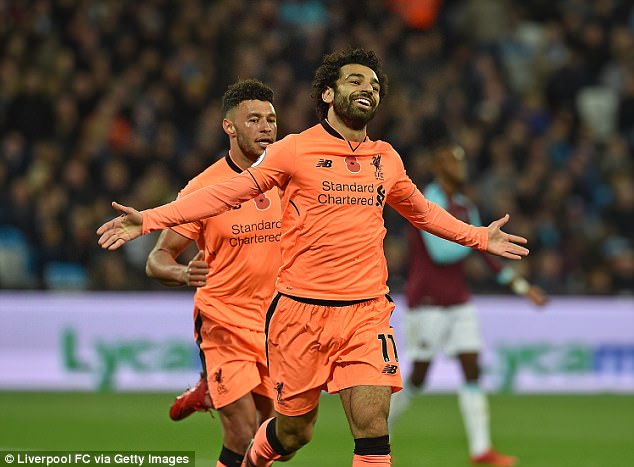 Recently the All Reds were destroyed by Tottenham away from the home as a Harry Kane special completely choked to Klopp soldiers. But after that match, they have been quite consistent in the last few matches. They beat Huddersfield with 3 goals margin before smashing Maribor once again at the UEFA Champions League, the biggest competition of European continent.

The 5 times UCL winners visited the London Stadium to play a struggling West Ham side on the Saturday. The Hammers were without a Premier League win in their last 3 matches, and the number just got increased as they once again tasted another defeat, this time a bigger one. Egypt international Mohamed Salah opened the scoring on the 21st minute. Defender Joel Matip doubled the lead just 3 minutes later. The visitors went to the break with 2 goals’ lead. Argentine midfielder Mauro Lanzini minimized the lead on the 55th minute but former Arsenal man Alex Oxlade Chamberlain once again shifted the momentum in the touring party’s favour as he stroke back just a few seconds later. Pacey winger Salah then completed his brace and the giants got a comprehensive and easy victory.

Liverpool moved to the 5th position in the league table and are 3 points behind of an UCL spot. The next day Arsenal were defeated by Man City means, the Anfield based club remained on the 5th position. West Ham is sitting dangerously at the relegation zone along with Swansea City and Crystal Palace as the Hammers occupy the 18th place with only 9 points from the first 11 games. If they want to play in the top tier competition of English football, they will have to improve their performance for sure. They will visit the Vicarage Road as Watford FC is their next opponent and Liverpool will be welcoming the Saints of Southampton at the Anfield after the international break.