AS Monaco the French Ligue 1 side have become the one of the most talked topics this season after their sparkling form both in the league and in the UCL. They are very much consistent since the start of the season and continues to impress. All of their squad members are in hot form but specially some young stars attracted the eyes of the football analysts as well as the fans. They have caught the eyes from the big European giants like Manchester United, Real Madrid. 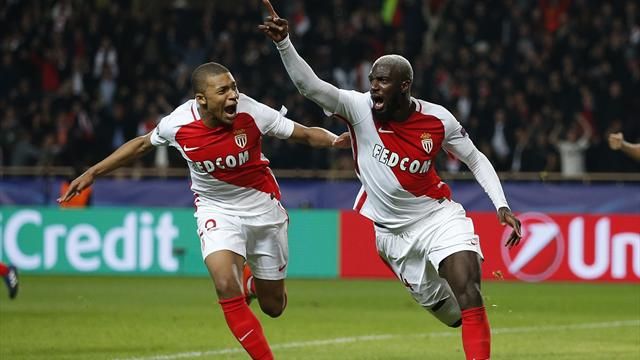 It is never easy to knock a team like Man City out of the UCL when such an experienced manager like Pep Guardiola guides them and the French side have handed the Spaniard his first ever UEFA Champions League round of 16 exit in his career. The young guns of Les Monegasques have shown what they are capable off and thus are now big targets of various elite panels of Europe. The last time they sold Anthony Martial, who was bought by England’s most successful club Manchester United under Louis Van Gaal with a big amount of money. The current Moanco squad has some upcoming potential big stars as well and by selling them they can earn some healthy fees.

Tiemoue Bakayoko: The 22 years old midfielder is a very strong and useful midfield option and can fit in any squad. His contract will expire on 2019 and refusing any contract extension as he is keen to join Manchester United. Recently he also replaced injured Paul Pogba in the France squad.

Fabinho : The Brazilian was linked with United before but the deal just didn’t happen somehow. The 23 years old full back is a quality right back and can also score quite consistently. He has already netted on 10 occasions this season.

Djibril Sidibe : The 24 years old French man is a rock solid at the heart of the defence and could be a great addition for any team. His contract expires on 2021.

Bernardo Silva : The 22 years old Portuguese midfielder is a likable option in the mid and has already proved his game changing ability by netting on 9 occasions in this ongoing campaign.

Kylian Mbappe : Remember this name! Probably the biggest star in making. The teenager is quite certainly an upcoming big thing of the football world. Already showed what he is capable off, by putting his name on the scorecard, no less than 19 occasions. The striker got his national debut against Luxembourg just a few days earlier in this month.