Zinedine Zidane, the French legend and manager of Real Madrid played the gamble by resting his key duo Cristiano Ronaldo and Gareth Bale against Leganes, considering the upcoming high voltage clashes against Atletico Madrid, Bayern Munich and Barcelona in the weeks ahead and the gamble completely paid off. His side easily managed to grab all 3 points from this important away fixture even with the absentee of their key super stars and the another member of the deadly BBC, Karim Benzema was just a part of the tour but didn’t feature on the pitch as the French striker was used as a non playing substitute in this latest match of Los Blancos.

The Galacticos will face their city rivals Atletico de Madrid, life time rivals Barcelona and will also meet German champions Bayern Munich twice in the UCL quarter-final clash within the next 17 days. So it is going to be such tough and busy schedule for the Whites and thus they had to rest their vital players as they need them to be fully fit in those battles which will be so much mouth watering for the football fans around the whole world. It was quite expected that the likes of CR7 and Wales international Gareth Bale would not travel to the Estadio Municipal de Butarque. 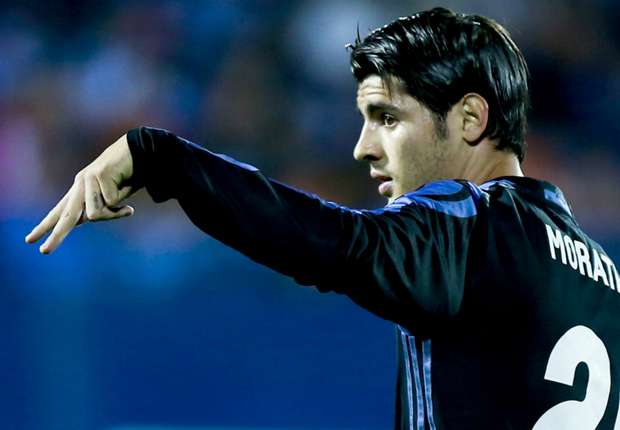 As Benzema too didn’t start so Alvaro Morata led the attack along with Lucas Vazquez, Marco Asensio and James Rodriguez. You just can’t deny the ability of the players from the Madrid’s bench and they proved that even they were too strong for the home side and handed the Leganes side a 2-4 home defeat to take their team to the top of the La Liga table with this amazing victory. They overtook Barcelona who just had won 3-0 against Sevilla at the Camp Nou, just a day earlier.

Spanish forward Morata, who rejoined the Galacticos from Juventus bagged a sensational hat-trick and became the first Spanish footballer to score a hat-trick from Real Madrid since 2009. Former club and Spain captain Raul Gonzalez was the very last Spaniard before Morata to make it done. James Rodriguez too put his name on the score card as the Colombian carried on his international form to the Liga BBVA. The first half was quite amazing for the fans and the spectators as no less than 5 goals were scored on this period. Los Blancos have earned 71 points from their first 29 league games so far and are clear 2 points ahead of the Blaugranas with a match in hand.