Napoli forward Manolo Gabbiadini is set to leave Naples in January and he is a hot cake for some chasing clubs. Premier league rivals West Bromwich Albion and Southampton Saints have targeted the Italy international and are ready to bid for him. The 25 years old attacker is known as a powerful and technical player and thus is a top target of some top clubs.

It was the 3rd season with the Serie-A giants for the Calcinate born player and although his contract remains till the end of 2018-19 season he’s leaving Italy this month for sure. The poacher hasn’t played senior football for any foreign clubs so far as he played for 4 different clubs and all of them were Italian side. 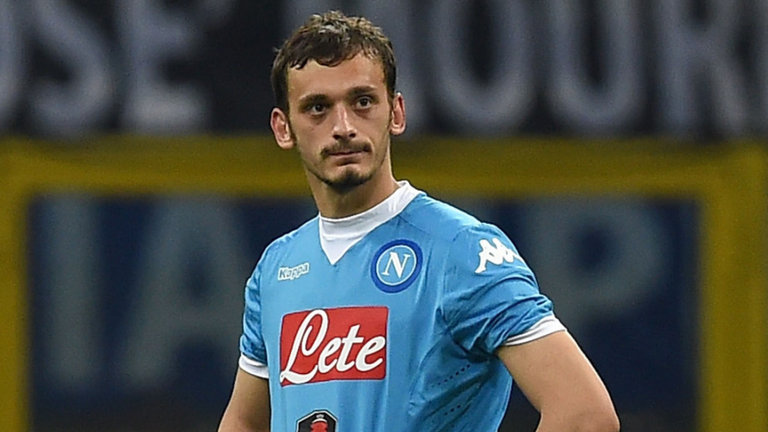 The 25 years old started his senior career at Atalanta but didn’t find the net on his debut season, back in 2009-10. On the 2011-12 campaign the forward netted twice for the La Deas on his 24 outings. Next season the Italian forward represented Bologna and scored 7 times for the Rossoblus. In the 2014-15 and 2015-16 season he played for Sampdoria before joining Napoli and scored total 18 times in his 50 appearances for the Blucerchiatis. He has netted 25 times for the Partenopei Gli Azzurris in his 3 seasons with the Blues. Last season the striker found the net 9 times. This season the young man has already managed to strike 5 times in his 19 outings for his club. He put his name on the score sheet in the last Saturday’s clash as he netted the leveller on the 77th minute against his former team Sampdoria as Napoli came from behind to win the important game.

Bundesliga side Wolfsburg wants him as a loaned signing but the Naples based club wants to sell the forward permanently and have demanded £20 million for the player who has turned just 25 in the last November. He will either join English Premier League or Bundesliga, has been ensured by his agent Silvio Pagliari.

Pagliari told the media that the decision has been made that the Italian striker will leave Italy certainly, in this January and is expected to head towards England or Germany. His agent described him as a powerful and technical footballer and believes that Manolo is perfect for that EPL and Bundesliga. But the agent also directly said that he won’t say anything about where the hot cake forward is going to join until the final destination is confirmed. But the English and German fans of the former Sampdoria forward will be excited to see him in the action from the very near distance.