Liverpool is struggling in this season’s English Premier League and since the very beginning there has been lack of consistency in their form. Although they have been the failure in the league in the previous couple of decades, this season their start has been much worse. After the end of the 5 EPL games, the Reds are currently in a mid table position which is quite disappointing for the fans. They have won just two games among the first 5 clashes and the winning rate is less than the all other giants and rivals. 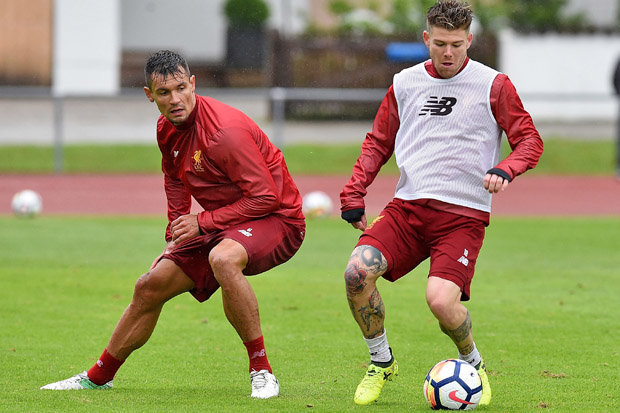 With a view to changing the fortune, the All Reds will visit the King Power Stadium on Saturday to play their 6th game of the campaign against former champion Leicester City. It is going to be a tough test against a quality side and Jurgen Klopp will certainly try to name a strong line up to secure all 3 points from the away fixture.

Sadio Mane is already out of the clash due to the suspension. He saw a red against the Citizens during their mammoth 5 goals defeat against Man City. Attacking midfielder Adam Lallana, Adam Bogdan and right back Nathaniel Clyne all are out due to injury and won’t feature in the upcoming fixture as like as the previous ones.

Simon Mignolet will guard the Liverpool goal line. The Belgian has digested no less than 9 goals in his 4 league appearances this season. He failed to keep a clean sheet in his last two outings and the only clean sheet he kept was against Crystal Palace. Alexander Arnold has been in good form recently and is expected to retain his place in the number two position. Joel Matip too has done enough to be in line up. Dejan Lovren who is an injury doubt is expected to start on the Saturday by replacing Ragner Klavan and Spaniard left back Alberto Moreno is thought to join him, it means Andrew Robertson will be named in the substitute list.

The midfield would be consisted of Emre Can, Jordan Henderson and Dutch midfielder Wijnaldum. Wijnaldum didn’t start against Burnley but Milner might not start at the King Power and the Nederland international is the possible starter. Mohamed Salah who scored the lone goal against Burnley will play at his right wing position. Philippe Coutinho who had been rumored to join Barca, too will continue in the front. His compatriot Roberto Firmino will play as the number nine.