Morne Morkel is still in South Africa’s team selectors’ thought for the upcoming Champions Trophy which is going to be held in England And Wales though Morkel is suffering form a back injury which seemed like threat to his career. Morkel recently stated that he was told that he may never return to field to play for South Africa due to a bulging disk. But he is now in a position to make a come back in South Africa’s domestic One day tournament.

He is being given some motivation if he makes a late comeback in South Africa’s Champions trophy squad. South Africa is now in a great form as they have won 14 of their last 16 One Day International matches.

South Africa’s T20 captain Faf du Plesis said in an interview that Morne Morkel is a player who have done very good in limited overs cricket. Even if he is outside of the team now but he is very much in the part of the team plans.He also added that, the decision will be taken on the status of his injured back, if it does not show any painful reaction by playing cricket then it will be alright to include Morne in the squad. 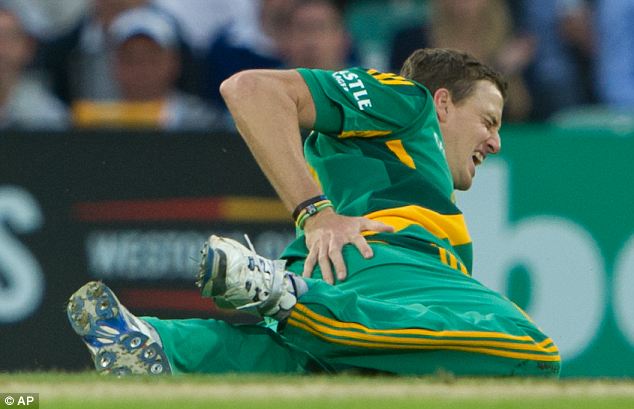 Morne Morkel, who has taken 181 wickets in 108 ODI matches in a good average of 24.60 has 10 matches in his hand to prove his fitness, which he will play in domestic one day tournament in South Africa. He might find his place in the test squad in the upcoming series.

AB de Villiers is SOuth African ODI captain and he holds a responsibility and power to make the final touch to the main team but here Faf du Plesis threw a statement for both of them and suggested the team to be well combined with or without Morne.

He said that If Morne Morkel can’t recover his fitness then there is a plenty of player who can fill his empty place for them. And he also said that AB de Villiers’ thinking will also be the same and will match with him.

there are plenty of good pace bowlers in South African current squad. There are Kagiso Rabada who is a very much talented young pacer, who you can not just avoid. There is Chris Morris who is very good with the new ball and he also gets the extra bounce for his height, that is a plus point for him.

Faf told that it is a nice challenge for him to pick up pacers from the current squad as Rabada is doing well. And Morris is also doing very well with the new ball although it is a new task for him but he have passed the challenge with control.