Alexis Espargaro who is currently riding in MotoGP for the bike constructors company Aprilia has said that it is his aim to finish in the podium by the end of the season. Whatever, this Spaniard is not in the peak form of his MotoGP career may be and that might be the driving force of him saying these things. 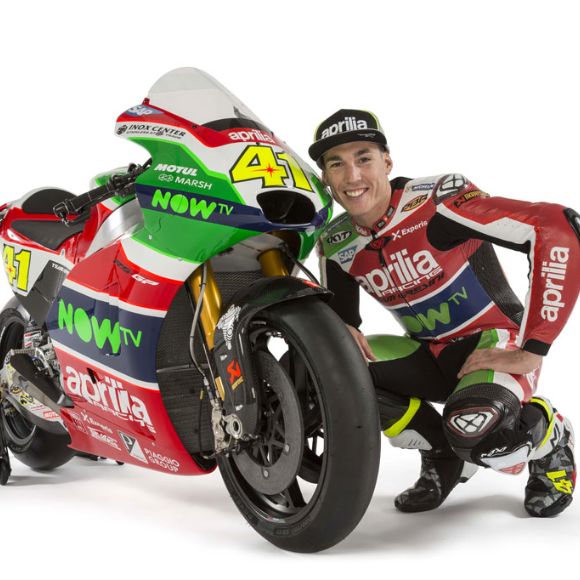 However, since that race he has become able to finish within the top 10 in three more instances but has also ended up retiring from the races four more times. And that has forced this Spaniard 27 years old race into becoming the 14th racer in the points table of the championship and the championship has also come to the midway of its life track.

This Aprilia racer who has a worse position in the points table this year has said before the summer break in Sachsenring that his prime focus now is to finish in the top three at least for one instance now and that is considering his standings on the points table.

Espargaro also said that, he does not care about anything else right now and he has made his aim to finish in the podium for at least once before the game goes to Valencia. He also said he is not caring about points or championship right now.

Whatever, he has said that it will be a very tough job to sneak into the first three place but as he is now in a very low state but he thinks there are some positives signs all around such as being in the same group as the Yamahas nearly the same race.

Now, two of the four retirements of Espargaro has come due tho the engine failures. They were occurred at the Barcelona and Jerez GP. Both of those were the tracks where low grip conditions were expected.

Althought the Aprilia team had failed to realize its full potential at that time, this Spaniard rider is not less satisfied with Aprilias speed in the most circuits.

He said that the balance has been negative for points during the first half of the season. But, it should also be remembered that there had been some issues such as two retirements and some crashes which had hampered the balance of the team a lot.

But he also stated that there were some instances when they were really fast and also faster than others which was beyond the expectation. He shed some words of hope that the good time will come very soon and he hopes that they will enjoy their time at the second half of the tournament for sure.