British MotoGP rider Cal Crutchlow who is currently riding with LCR Honda has admitted in a statement that he is totally sick of being the only one rider of his company LCR Honda. And he is badly in need of another rider who would race alongside him and he is in a state that he will heartily welcome any rider of who will come to accompany him as a second biker.

Luis Checchinello is the founder of the team LCR Honda and it has played one bike for most of the times since it has been founded. Whatever, it has played only one time which was in the year of 2015 and then it has handed the whole responsibility to only Cal Crutchlow and he is the sole rider of LCR Honda in MotorGP since then. But, maybe no more, because Crutchlow has become fed up being the only one.

However, MotoGP authorities have given LCR Honda a opportunity to add another rider in their team alongside of Crutchlow when they become ready. And if that happens then there will be a slot readied for that another biker in the final grid of the premier class which will be 24th grid. 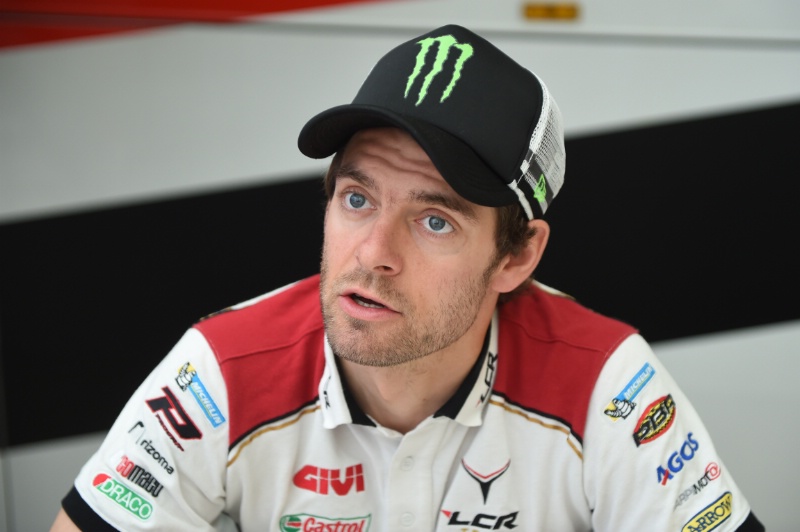 The most strong contender of the seat of the second biker of LCR is Takaaki Nakagami who is a Japanese rider. If he is chosen then he will join the Brit in the next season. Takaaki Nakagami is a Moto2 racer and he is quite good and that’s why LCR and Dorna both want to promote this newbie.

Crutchlow has said that he would welcome this whole-heartedly. He is desperate to get a runner along with him because as he is the sole racer of Honda, he has to carry the whole stack of hope on him which is too much heavy to carry.

The Brit has said in a statement that he is in need of a team mate on the next year as he has been grinding to get a helping hand. he also said that being the only driver for a company takes all of the strength from a rider and he can;t even enjoy his weekend. This is just not done.

He says that, there are many staffs and engineers to look him after but he thinks now it is time for them look after another biker and his bike. He said that this may sound odd but this is high time.

He says that there are workers, engineers and staffs in the team garage to concentrate on only one rider but now it is time for them to concentrate on two riders because it is better. That may take more time and more works but that is better he thinks.

Cal Crutchlow is a 31 years old British MotoGP rider who currently is in a contract with LCR Honda which was founded by former Italian rider Lucio Checchinello on 1996. Before coming to MotoGP he was a super-bike rider. He has entered into MotoGP in 2011. Till date he has not managed to win any championships. He has raced for companies like Yamaha, Ducati and LCR Honda.