LCR Honda rider Cal Crutchlow who is the sole rider of Japanese Motorsport company says he wants to ride at Donington instead of Silverstone from now on at the British GP. The cause he showed that he does not like Silverstone as a MotoGP track because he thinks it is boring.

British GP has been an important part of MotoGP world championship and British GP was first introduced at the year of 1977 and that had been held at Silverstone and from that year Silverstone had hosted 10 GP races afterwards. After that the venue of British GP had been changed to Donington and it stayed as this till 2009. 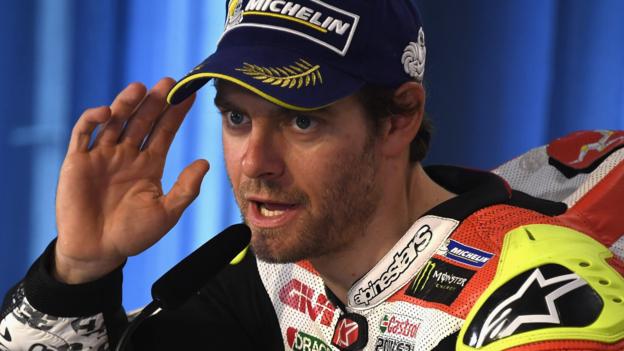 But after 2009, when Donington did not show enough interest of hosting the Britain GP, the venue had been moved to Silverstone once again and it remained there since then.

Cal Crutchlow who is 31 years old but debuted at MotoGP on the year of 2011. So it is obvious that British born racer has not raced in the Donington track MotoGP rider at least for once. He is a former Super-bike racer. That’s why he was late to introduce himself at MotoGP.

But, it is true that he has raced at the track of Donington in his days of World super-sport and the British Super bikes. he has been talking on these things on the basis of his previous experience.

Cal Crutchlow was asked that which is the track he would want to race on or he would feel comfortable to race in his home a.k.a. the British GP. Then the 31 year old Brit said that he would certainly be wanted something different of a track and that’s why Donington would be his first choice.

Crutchlow said that, If he had to choose a track for British GP, it would be none but Donington. Because he thinks Silverstone is very much boring as a rider’s point of view and a spectators’ point of view as well. Whatever, Cal Crutchlow was one of the podium winners of the British GP last year.

He said that, Silverstone had given him many thing. he won at Silverstone at the previous year. He has had some wonderful races here throughout in his career. But, he probably wants something different in Britain GP.

He said that there is no elevation at Silverstone. It is true that it is fast, but it is boring. Because fast is not always great. Moreover, people and the viewers can’t get close to the track. He says he loves it when people can come closer to the track and enjoy the race. But that can’t be happened at Silverstone. So, he thinks the change should be done for the riders and for the viewers as well.