Zlatan Ibrahimovic is 35 years old but his performances on the pitch for the Red Devils is just mind blowing. The Swedish superstar has continued his sparkling form. He is undoubtedly one of the best strikers in the planet and still is in great touch despite aging 35 years.

On the Saturday evening, Manchester United faced West Bromwich Albion at the Hawthorns. Zlatan scored a brace for the Red Devils to claim an easy 2-0 win. The former Sweden captain scored the first goal of the game on the 5th minute of the game to give the visitors the lead. He converted a Jesse Lingard cross to the opening goal with a header. The first half ended with 1-0 advantage for the visitors. He showed some brilliant skills to score the second goal of the game on the 56th minute. It was his 16th goal of the season in 25 competitive matches for United. 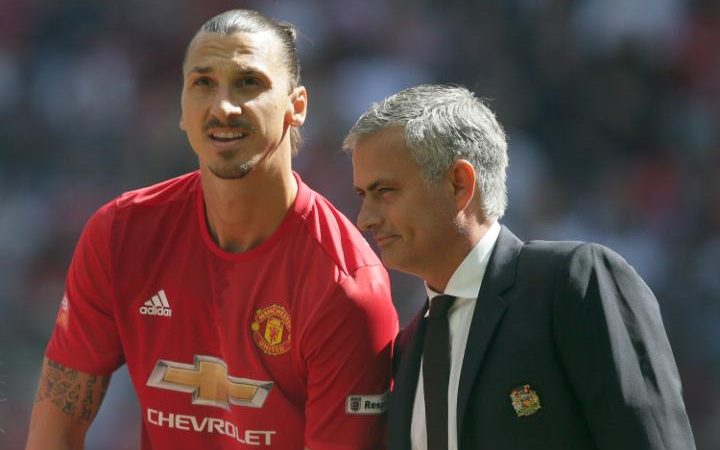 Jose Mourinho reveals that the former Sweden International’s amazing form was not surprising at all to him as he saw it coming very well. He described him as phenomenal and almost undroppable. The Special One adds that, Ibra didn’t join United for wrong reasons or for money and not even for prestige. Actually he joined them to enjoy his football and to play for such a big team. The wise manager also said that Zlatan was playing amazingly and a few matches ago when he was not getting the goals even on that period he was successful for the team as he plays an important role in the team squad. The Portuguese admits that Ibra was not signed just to score goals as he has much more impacts on the team and in the game. The 53 years old is delighted as his main man has netted thrice in the last two matches. He is so much happy the latest two away wins.

Ibrahimovic was actually hailed by his manager and his manager continues to speak that Zlatan is more than the normal footballers. The Special One thinks that Ibra doesn’t play in a position where he can hide a little bit as he plays with experience.

Ibrahimovic has joined the Red Devils this season on a free transfer from PSG. Last season he netted 50 times in his 51 outings for the current Ligue 1 holders. The Man Utd fans will be hoping that Zlatan will lead them to the top 4 finish in the league table. They are currently on the 6th position in the table with 30 points from the first 17 league matches.